5 Simple Ways to Lower Your Car Insurance Costs in 2019


Even at the best of times, running a car can prove incredibly expensive. Not only do you have to worry about the cost of petrol, MOT tests and vehicle repairs, you also need to contend with rising insurance premiums and, of course, the price of the car itself. Once you've completed the 5 steps below just go online to compare car insurance companies and find the best quote.
Although many of these costs are completely unavoidable, you can at least take simple steps to lower the price of your car insurance: 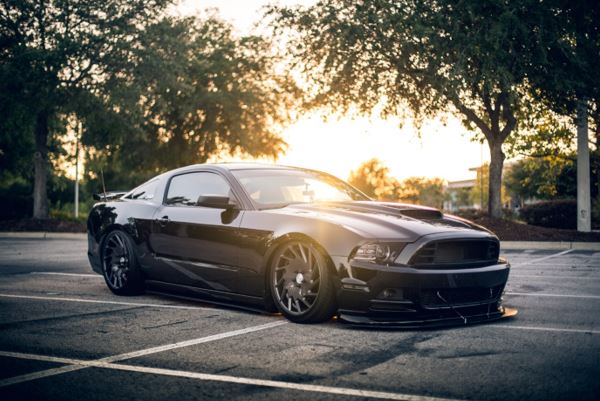 Invest in a GPS Car Tracker
When you’ve improved the security of your vehicle, insurance companies are bound to offer lower premiums, since there’s obviously much less chance of it being stolen. These added security measures will often come in the form of intricate alarm systems and immobilisers, which are now installed in all modern vehicles during the manufacturing stage.
However, one of the most effective security measures comes in the form of a GPS car tracker, which allows you to keep a watchful eye on your vehicle from a remote location. Whether you opt for a wired-in or battery-powered model is obviously completely up to you, but advances in this technology mean that modern trackers can now reliably locate your vehicle from just about anywhere.
In addition to significantly increasing the chances of recovering a stolen vehicle, car trackers are also capable of monitoring your speed, fuel consumption and journey history. Insurance companies recognise the value in this information and the additional security GPS provides, so the upfront cost of the tracker will soon be repaid by savings on your insurance policy.
Add a Named Driver
This is a particularly good option for younger drivers, since those under the age of 24 are typically charged much more for their insurance. By adding a more experienced, established driver to their policy, new drivers can see a significant reduction in their premiums, since insurance companies will assume they’ll spend much less time driving a shared vehicle.
To be clear, you should in no circumstances name this additional person as the main driver, since this is an illegal practise known as “fronting” which could lead to prosecution. Instead, they need to be added as a secondary driver, but you’ll obviously still need their permission and you should only add someone who actually plans on driving the vehicle.
Install a Dashcam
Research carried out by Aviva last year found that one in four UK drivers are currently using a dashcam. Since they record everything that happens out on the road and can prove who was responsible for a particular incident, it’s not really hard to see why they’ve become so popular with motorists and insurance companies alike.
Drivers with a dash cam installed typically feel safer and more confident while out on the road, while also feeling less stressed when involved in a collision. Of course, when you’ve got a record of exactly what happened during a collision, making an insurance claim suddenly becomes much more straight-forward, while you’re also better-protected from false claims made against you.
In fact, some insurers will even offer lower premiums when a dash cam is being used, since they can be so effective in proving your innocence and establishing who was at fault for an accident.
Don’t Pay Monthly
You might pale at the thought of parting with such a large lump-sum, but paying for your insurance up front is typically much cheaper than setting up a monthly direct debit. Although it’d be fair to assume it’s just a simple case of splitting the cost over 12 months, monthly payments unfortunately involve added interest and an up-front payment of around 20% of the overall insurance costs.
However, this obviously depends on whether you can afford to pay it all off in one go, and the majority of people find monthly payments much more manageable—although you’ll obviously still need to come up with the 20% deposit. By paying it all up front, it might hurt your bank balance to begin with, but it’ll eventually turn out cheaper in the end.
Buy the Right Car
Aside from protecting your no-claims bonus and increasing your excess, the most effective way to lower insurance costs is to make sure you buy the right vehicle in the first place. Before buying any car—regardless of whether you’re a new driver or more experience motorist—it’s always important to shop around and compare prices on insurance first.
After all, some cars are obviously much more expensive to insure than others, and you’ll need to do plenty of research to figure out which vehicles are actually within your price range. While insurance companies are bound to offer different deals and prices, compact and sensible vehicles are typically much cheaper to insure, particularly for new drivers.
By shopping for the right deals, then taking extra measures to keep your vehicle more secure, you can always make sure you’re getting the best car insurance deal possible.
﻿
﻿