Can You Sue a Minor for a Car Accident? 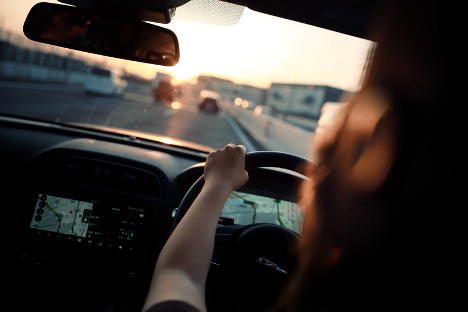 Like everything else in life, practice makes perfect. While that is not to say that adults are impervious to traffic incidents or car accidents, their years of experience, coupled with a prefrontal cortex that has matured, generally makes adults better drivers.
These factors may explain why teens are at the highest risk of a motor vehicle crash, in comparison to any other age group. Moreover, these young drivers are nearly three times more likely to lose their life in a fatal car accident. When an adult is responsible for a car accident, they are held accountable for the damage and could be sued by the opposing party. However, what happens when the damages and injuries were caused by a minor? Who is held responsible? Is there even a viable suit?
Under California Law, Can You Sue Someone Under The Age Of 18 In California?
In the state of California, a minor may be held responsible for the injuries that they cause; however, this is contingent on the case’s particular circumstances, and a minor must not always be held liable. In the vent that a minor may be held responsible, the main issue that arises is that minors typically have little to no assets. Another difficulty that arises is that bringing a claim against a minor is not the same process one would go through when suing an adult. Furthermore, the amount of damages that a victim seeks against a minor and may recover may be capped under California. Usually, non-economic damages, like pain and suffering, will not be compensated for. In short, yes, you can sue a minor, someone under the age of 18 in California; although, it is not without its difficulties and limitations.
If Not The Minor, Can The Minor’s Parents Or Guardians Be Held Responsible?
Instead of bringing suing the minor, California law permits an injured victim to bring a claim against the minor’s parents or guardians. Per California law, the parent or guardian who had signed off on the minor’s driver’s license application may be held jointly and severally responsible for injuries and vehicular damages caused by their minor children. Although, a parent or guardian’s liability is further defined by whether the minor had express or implied permission when driving. Additionally, a parent or guardian may be sued under the “negligent supervision” theory; meaning, the parent or guardian had failed to supervise their child adequately, even though they were aware their child had dangerous tendencies. For example, the negligent supervision theory could apply in a scenario where a parent recklessly gave permission for their minor child to access a firearm and the minor drives, shoots, and injures a third-party as a result.
What Types Of Damages May A Minor Be Held Liable For?
A car accident victim may be able to collect compensation through several different avenues. As previously mentioned, typically, in car accident lawsuits involving minors, non-economic losses, like pain and suffering, cannot be collected on. These are a couple of damages a victim could claim:
● Driving Injuries. As a result of driving injuries, a victim might be facing a mountain of medical bills and lost wages.
● Property Damage. In addition to the vehicle's damage, any destroyed property inside the vehicle may potentially be compensated for.
If you or someone you know has been involved in a car accident in California, consult with an attorney who understands your rights and protects your interests. More information here on California car accidents.
﻿
﻿