The Reason Why Mannequins Are Looking More Bizarre Than Ever Before 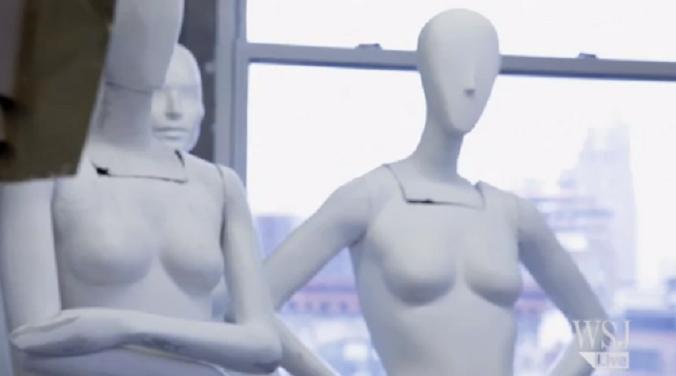 Say goodbye to those vaguely human-shaped mannequins that get displayed at your local retail store. The new trend involves coming up with mannequins that are more avant-garde and less person-like than ever before.

It's a pretty big risk, especially since mannequins are super expensive. Some models can retail between $750 to $900. As for the possible reasons behind the sudden shift, The Wall Street Journal reports:
Some male mannequins at Bergdorf Goodman have tattoos—another has two left hands, the better to grab shoppers' attention. Mannequins that arrived at Uniqlo in late March are completely see-through. Intermix's Madison Avenue flagship last week added figures that strike slouchy, casual poses.

More stores are mixing different types of mannequins, rather than using the same style throughout the store. "You're increasingly seeing retailers do a combination of abstract and real," said Ken Nisch, chairman of JGA, a retail design and brand strategy firm based in Southfield, Mich. "Having used sites and software such as Pinterest and Photoshop, the customer's mind thinks in a multitasking kind of way," he said. "They have no problem absorbing all these different mediums."
Here's hoping that shoppers aren't too put off by these zany looking mannequins.
﻿
﻿