The Many Stages Of A Dry Spell

When it comes to sex, you’re either having it regularly, somewhere in the middle, or in a dry spell where anything that even remotely resembles sexy time almost intimidates you. 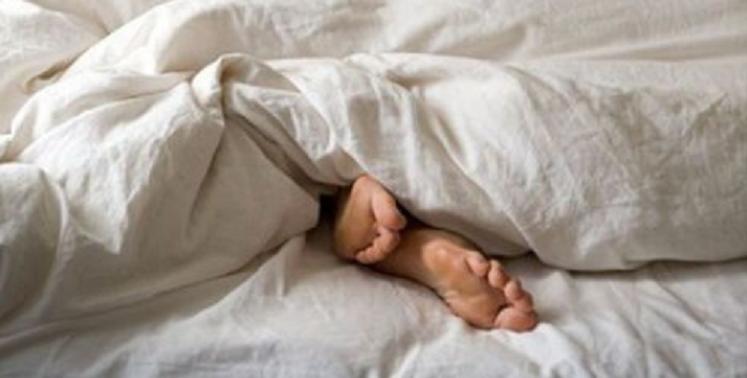 For those who fall under that last category, the first thing to know is that it's all going to be okay. Depending on how long it's been since you last hooked up with another human being, here's what to expect from your dry spell:

Being recently dumped means you are now free to have sex with all sort of people. But since not everyone thinks getting under someone is the best way to get over your ex, you decide to deal with your feelings first.

You start to forget what it was like to have sex on a regular basis with someone. It's also around this time that your friends will start encouraging you to find a rebound. You’ll consider it for a moment, laugh uncomfortably and respond, “Yeah, I know. But who is there to get under?” And that’s the problem.

This is considered a breaking point. Some might go back to their ex for a quick libido boost, while others would prefer a little "self-loving" just to avoid going through all that relationship bullshit again.

At this point, all your senses have been heightened due to the absence of sex. You’re not exactly on the prowl, but just brushing against someone who seems mildly attractive will start to make you feel all sorts of strange things.

You're beginning to wonder if you've become so undesirable and ugly that you repel everyone else. When you ask your friends what was the longest time they’ve gone without having sex, and their response is not as long as yours, that pit in your stomach starts to ache just a little bit more.

You're seriously considering doing something drastic, like joining a dating site or lowering your standards. You start visiting bars four nights a week just to find someone to have sex with. Your pores are just oozing with desperation. You'd probably have better luck screaming “I haven’t had sex in a very long time!” than getting laid at this point.

You actually have an anniversary now for your celibacy, and spend most of it obsessively thinking about the last time you had sex. You're not even sure if your genitals are functioning at this point. You might even start romanticizing about your last sexual encounter (even if it lasted for less than 5 minutes). Could that really have been the last time you have sex?  Your heart breaks a little.

The good news is that no matter how long it takes, eventually you will meet someone. And unless it's someone wearing a "promise ring" or asking you to take an oath of celibacy, you will click with them at some level that will lead to those sparks flying.

If it really has been that long, you might even be a little terrified, simply because you've felt unsexy and dejected for so long. But once you get over the initial fright and do the deed, you begin to remember how to have sex. And it will happen so effortlessly that you’ll struggle to understand how sex eluded you for so long in the first place.
﻿
﻿