Remember the time when the smiley face used to be a combination of symbols? Now, there are a thousand different emojis that convey happiness. You no longer have to be creative in your symbol combinations. You do not even have to type in a bunch of words! Just key in a combination of emojis to make your point!
Since you no longer have to key in a bunch of symbols, you can use emoji apps as an alternative. Emojis, with the use of emoji apps, bring help on spicing up your conversations. Some emoji apps even have bonus features! You can always experiment with the right amount of emojis and even gifs that are available in some emoji apps. 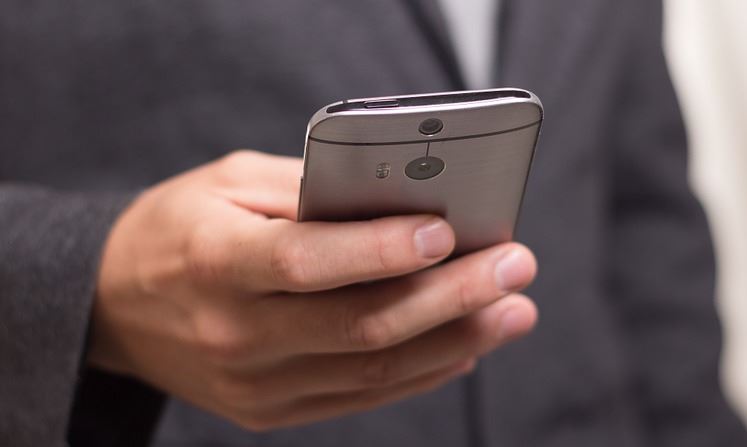 Nothing says "curiosity" best than the eye emoji. We want to feed off your curiosity and give you the best emojis that you will be able to use on your phone.
KeyMoji
If you are not that familiar with emojis, then you do not have to worry. Do not be afraid to express your emotions through emojis! You can use KeyMoji to help you express yourself in your mobile conversations. KeyMoji is available on iOs, and you can download this emoji app for free.
The fantastic thing about KeyMoji is that it aids its users who are emoji newbies. This emoji app will teach users the exact meaning of an emoji. Now that you have a clue of what that emoji is about, you can use it on your texts, chats, and more. You can easily send that combination of emojis that will not require a bunch of words!
Expect a fresh collection of available emojis in KeyMoji. There will not be any shortage of emojis in this emoji app. The developers are continually crowdsourcing their emojis. In terms of freshness, KeyMoji receives real-time updates so that you will have an idea of the new popular emojis.
SwiftKey Emoji Keyboard
This emoji app is available to Android and iPhone users. Anyone using SwiftKey emoji app will be able to use a dedicated keyboard on their smartphone. The best thing about this dedicated keyboard is that it comes with a bunch of your favorite emojis. SwiftKey also brings a cool "predictive text" feature, which we will talk about more.
SwiftKey is one of the premier keyboard emoji apps on the app store because of the unique features it brings. You will quickly get a lot of helpful word suggestions, flow-typing, and even a user-generated dictionary. It feels like it is the best keyboard plus emoji tool that anyone can use on their smartphone.
SwiftKey emoji keyboard also does not run short on emojis. Expect a lot of usable emojis on this emoji app. The best feature about this emoji app is that an emoji pops up as a suggestion when you key in a phrase. You will get the beer emoji, or any emoji about alcohol when you type "Want to have a drink?". This feature just made your Friday night plans a whole lot better!
Emoji Keyboard Pro
Have you ever had the problem of your favorite emojis getting lost on your recent emoji tab? Standard emoji keyboards usually curate your favorite emojis into the most recently used ones. Trying out a new emoji will then affect your most recent tab and your go-to emojis. Well, Emoji Keyboard Pro can help with that problem.
Emoji Keyboard Pro is an emoji app that can be highly customizable. You can set a tab and fill it with your go-to and favorite emojis. Curate your personalized emoji tab with the order that you are comfortable with your emojis. Pick your favorites out among thousands of emojis and make sure you organize them in any way that you like.
You no longer have to go through the hassle of scrolling through a bunch of emoji tabs to find your favorites. You can use this keyboard emoji app in your favorite messaging and even social media apps. The best thing about Emoji Keyboard Pro is that it also has a ton of GIFS. Express yourself in a combination of emojis and GIFS!
Takeaway
The most important feature that any emoji app can bring is the ability to convey your emotions. You must pick the emoji keyboard app that makes your day-to-day phone conversations easier. Get the one with a lot of additional features so that you will have a ton of options. Avoid the ones that make your texting, chatting turn into a hassle-filled experience.
﻿
﻿