Since September last year, all Apple customers who have purchase a new iPhone, iPad, iPod touch, Mac, or Apple TV were offered a free year of Apple TV+.
Activating the free year of Apple TV+ was as easy as turning on the purchased device and logging in with the Apple user ID and open the Apple TV app. As long as the device had the latest version of iOS, iPadOS, tvOS, or macOS, users could immediately access the offer. 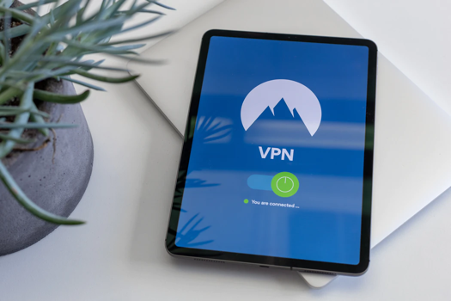 Image source: https://unsplash.com/photos/VmMimaq445E
What kind of content can you find on Apple TV+?
Apple TV+ streaming service was officially launched last year on 1st of November. Since then, users can find on the platfom a number of Apple Originals, award-winning series, dramas, documentaries, comedies, kids’ content, and more. Moreover, since it has been launched, many new Apple Originals have been added on the platform every month.
Normally, the streaming service costs $4.99 monthly to access all of Apple’s Originals. Plus, you can also download content to watch it while you are offline. Yet, those who purchased any of the Apple products mentioned above after September 10, 2019, got a one-year free access to Apple’s streaming service and content.
Moreover, the company allowed its customers to cancel their free trials the moment they decide to, instead of running its 12-month course.
So far so good, right? But there’s bad news too, the streaming service Apple TV+ is available in 100 countries only. If you have bought an Apple product and you were supposed to be offered the free year for the streaming service but the offer doesn’t work, it may be because the service isn’t available in your country.
What to do if you can’t access the Apple TV+ content?
So, is there any chance to watch Apple TV+ content when the service isn’t available in your country? Luckily, there is, by using VPNs for Apple TV.
A VPN is a virtual private network that can help you get access to Apple TV content by helping you bypass the geo-restrictions. How do VPNs work? They help you trick the host site into thinking that you are in a different location than you are in reality. In other words, the VPN will help you get around the web content blocker by directing your network connection through another location.
So, if Apple’s streaming service is blocked in your country, the VPN will show the website that you are located in a different place in the world where the service isn’t blocked. Thus, you will get access to the content on the platform.
Using a VPN to access entertainment content that is blocked in your location is a practice that is gaining popularity around the world. In fact, a recent study shows that 54% of people who use a VPN globally do so to access better entertainment content.
Moreover, perhaps the most popular reason why people use VPNs is for online privacy. If you don’t want your online activity to be tracked or spied on, a VPN can help with this too. VPNs encrypt the data that goes from and to your device, which makes it impossible for sites to collect it or see it. So, you’ll also feel safer online when watching your favorite series on Apple TV+.
﻿
﻿