You need to read this if you are going to plan a vacation in Vietnam. If you do not have a visa to Vietnam, then you can get an e-visa-vietnam.com quickly and easily.
Real Vietnam is the ancient temple complexes of the departed civilizations and the natural beauties of national parks, healthy and delicious food, the cheapest diving in the world and resorts with a distinctly European flair: after all, the former French colony. Also, here you can get plenty of nostalgia for the recent social past: and the flag - well, almost like our former, and pioneers in ties are there, and even the leader in the mausoleum. 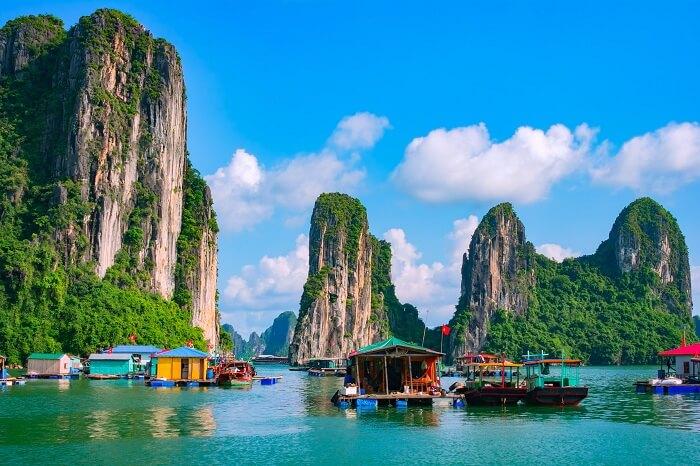 Everything else is solid pluses: an unusual and exciting “excursion”, beautiful beaches with wide opportunities for outdoor activities, an extensive and high-quality hotel base, low prices in hotels, restaurants, for excursions.
Popular resorts
Vietnam on the map is drawn along the meridian with a winding line. Above, in the north, is the capital of the country - Hanoi. In the center is the ancient capital of Hue, popular with lovers of sightseeing holidays.
Beach resorts begin somewhat south, in Nha Trang, the most famous and popular of them. Further south is Phan Thiet and Mui Ne, especially suitable for surfers and kiters. Below begins the Mekong Delta, as well as the "Paris of the East", an industrial and tourist center - Ho Chi Minh City, aka Saigon.
In the extreme south of the country, the sea is replaced by the Gulf of Thailand. In it, at the very borders of Cambodia, Phu Quoc, the largest island of Vietnam, is located. Paradise beaches with white sand and coconut palms should be sought exactly there, on its western coast.
Climate
About a third of Vietnam is located at 500 m above the sea, so the climate there is subtropical, and in regions above 2000 m - even temperate. From April-May to October, the southeastern monsoons bring warm and humid weather to the country - except for areas protected by mountains.
In the south of Vietnam (from Ho Chi Minh City to Phan Thiet), two seasons can be distinguished - wet and dry. The first traditionally lasts from May to November, the rainiest months are June-August. The second usually starts in December and ends in April. For European tourists, this is the most favorable time. The "velvet" months are January and February: soft sun, refreshing seawater. From late February to May there are hot days without rain.
Vietnam Hotels
In major cities of Vietnam, the choice of hotels is the most diverse - from mini-hotels to luxury establishments. The service in them, in general, is at an average European level. Type of food - breakfast (most) or half board, the all-inclusive system is practically not found here. The buffet is extremely diverse. All rooms from 3 to 5 “stars” are equipped with air conditioning, satellite TV and telephone, bathrobes, a hairdryer, tea and coffee making sets, safes and minibars are also more expensive.
﻿
﻿