The Journalist Who Challenged Workplace Stereotypes and Bias


When journalist Hamlin Grange watched the faces of the people on Canada’s television news in early 2000, he was shocked by how different it was from the Canadian population. The wide diversity of Canada’s people was missing from both newsrooms and media broadcasts across the nation. 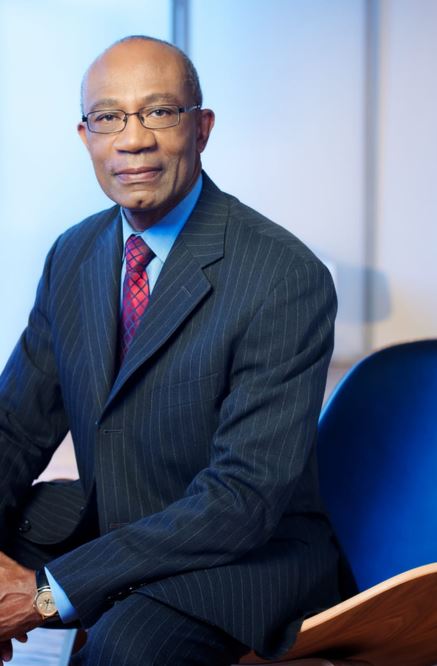 Media organizations themselves were almost entirely white, able bodied, and Canadian – born at a time when the population of people of colour, for example, was projected to become between a third to one-half of big Canadian cities such as Vancouver, Ottawa and Toronto.
The situation wasn’t much better in other media workplaces.
Grange had been advocating for change inside the newsroom during his entire time as a journalist with the Toronto Star, Global TV News and the Canadian Broadcasting Corporation. He had been a mentor to journalism students and experienced journalists for decades. But in early 2000, he realized that voluntary efforts simply weren’t enough. The country had changed, but the media had not kept pace.
Grange and partner Cynthia Reyes started a consultancy to help media executives and journalists do a better job of reflecting the modern Canada.
Their company, DiversiPro, quickly took off, with companies inside and outside the media sector knocking at its door.
DiversiPro has become one of Canada’s most respected consulting firms, working far beyond the media sector, and Hamlin Grange is a sought-after keynote speaker. He has given keynote presentations and speeches across Canada and in Austria, Sweden, the Netherlands, Belgium, and in many American cities. In Portland, Oregon, he delivered 3-hour seminar to police officers, firefighters, first responders and public servants on the importance of culturally adaptive leadership in today’s changing workforce.
DiversiPro works with some of Canada’s best-known companies and, arts, health and educational and government organizations. DiversiPro has also worked with several Ontario and federal government ministries.
Grange believes in the power of diversity, and had dedicated himself to approaches and helping organizations in being reflective, responsive, and relevant to the changing markets and communities they serve. Due to his efforts, many workplaces have been able to be more inclusive, productive, and interculturally competent.
Over the years, many film and news media professionals from under-represented groups turned to DiversiPro’s for help.
This prompted Grange and his founding partners to create the not-for-profit Innoversity Creative Summit– a yearly gathering which brought media executives and media professionals together once a year in Toronto. From 2002 to 2015, Innoversity provided opportunities for filmmakers and other media professionals from under-represented groups such as people of colour, persons with disabilities, new immigrants and Indigenous individuals, to pitch their ideas and skills to media executives. The Summit was so successful, it became a model for other such events in North America and the Netherlands.
Grange has called on his skills in investigative journalism, as well as his business experience and community knowledge in other roles, and provided leadership, oversight and guidance to prominent Canadian organizations serving the public.
He served for six years as a member of Toronto’s Police Services Board, a civilian body appointed by the city of Toronto and the province of Ontario to oversee the police. He became known by news reporters and police for his in-depth understanding of the issues and tough questioning.
He served as a trustee of the Royal Ontario Museum for six years, providing leadership on the governance practices of the ROM, and input on the ROM’s contemporary art.
He has been both a director and philanthropist for the YMCA of Greater Toronto. Grange also serves on the board of Samara, an organization whose focus is on research and advocacy for democracy in Canada.
In 2019, Grange became chair of the Responsible Gambling Council after serving several terms as a director.
Additionally, he is an adjudicator with Ontario’s Consent and Capacity Board, hearing cases concerning the mental health and treatment of patients.
Through it all, Grange’s expert understanding of organizational management, policies and practices, combined with his knowledge of today’s Canadian communities, and the diverse needs, benefits and challenges they – and the whole nation – face, have influenced his work and improved the organizations with which he has been involved.
He has been recognized for his work as a journalist and as community builder. Along with his news team at CBC Toronto, he was awarded the B'nai B'rith Human Rights Award for Journalism in 1989. In 1999, he also won the African Canadian Achievement Award for Excellence in Media, alongside winning numerous other awards.
In 2006, Hamlin Grange was featured in Who's Who in Black Canada 2, which is a not-for-profit website researching and showcasing profiles of prominent and successful Black Canadians. He also won the YMCA Peace Medallion in 2008 and the Harry Jerome President's Award in 2009.
For his community service he was awarded the Queen Elizabeth II Diamond Jubilee Medal in 2012, the Transformation Award in 2014, and the Reelworld Film Festival Visionary Award in 2019.
Hamlin Grange is a husband, father and grandfather. He is an avid gardener and pet lover, and whether he has lived in the city or the countryside, has contributed to his community.
﻿
﻿