Study Shows That Driving With Pets Is Risky

Man's best friend may not be the best driving companion. According to a survey, unrestrained dogs can be a dangerous distraction to drivers and can also increase the risk of traffic accidents. 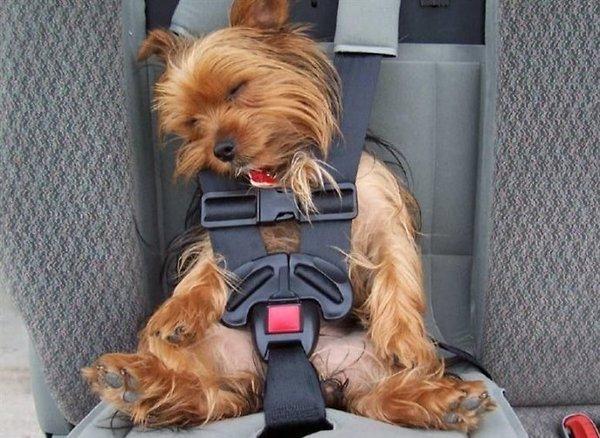 The survey was conducted by pet travel products manufacturer AAA and Kurgo which sampled 1,000 dog owners who had driven with their pets in the last year. Overall, nearly six in 10 respondents (56%) reported driving with their dogs at least once in the past month, and more alarmingly, nearly one in five drivers (19%) have taken a hand off the wheel to keep their pet from jumping into the front seat. Other doting drivers confessed to letting their dogs sit on their laps (17%), feeding them treats (13%), or snapping photos of them (3%).

And while 83% of drivers understand the perils of petting their pups in a moving vehicle, only 16% actually said they would use a pet restraint. Many other never even considered buying one (39%), while don't think they need the devices because they think their dogs are calm enough (42%), or they don't deem them necessary for short car rides (29%).

"Imagine the devastation that can cause to your pet and anyone in its path."
﻿
﻿