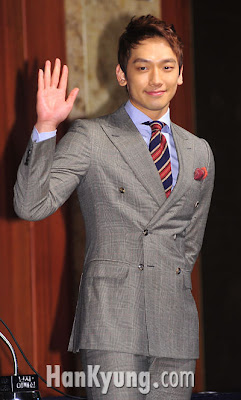 MoviesOnline caught up with Korean pop star Rain at the Los Angeles press day for his new film, "Ninja Assassin.” The film is directed by James McTeigue from a screenplay by Matthew Sand and J. Michael Straczynski and produced by Joel Silver and the Wachowski brothers. “Ninja Assassin” also stars Naomie Harris, Ben Miles, Rick Yune and legendary martial arts performer Sho Kosugi. Producer Joel Silver explains, “Rain really is a magnetic personality. You can’t take your eyes off of him, he commands the screen.”

Rain, a top Korean R&B/pop singer, was named one of Time Magazine’s 100 Most Influential People Who Shape Our World in 2006; in 2007 People Magazine included him in their annual Most Beautiful People issue. His third album, It’s Raining, sold over one million copies in Asia, making it his most successful album to date both domestically and internationally, and the subsequent “Rainy Day” concert tour was a success in Korea, Japan, China, Taiwan and the United States. Rain’s World, the performer’s fourth album, was released in 2006 and led to the highly acclaimed “Rain’s Coming” World Tour.

Rain’s electrifying performance in “Ninja Assassins” suggests he’s on his way to becoming one of the great new Asian martial arts action stars. Here’s what he had to tell us:

MoviesOnline: We heard your English was good.
Rain: Thank you. I'll do my best.


MoviesOnline: So how was it playing one of the world's deadliest assassins?

Rain: You know, when I was young, I wanted to be a big action hero. It's gonna be huge I'm pretty sure. Did you see the movie? It was amazing. I'm so excited.

MoviesOnline: Did you have a hero that you looked up to like Jackie Chan or Bruce Lee?

Rain: Yeah. When I was young, I saw a lot of martial arts films with Jet Li, Jackie Chan and Bruce Lee. I loved them. They are my heroes but, [preening and joking] I'm so powerful, I'm so [much] faster. I'm so young and so handsome like a model. I eally loved them so they are my role models. I have another model. Al Pacino. He's my hero. My favorite film of his is “Scarface.” I loved it.

MoviesOnline: Did your work on stage as a pop star and your dance movements help you when you went into learning martial arts for this film?

Rain: Yeah, it helped. I think singing, dancing and acting are very similar. I don't know why but it helped. The body just knows. When I finished “Ninja Assassin,” I said 'no more work outs, no more vegetables, no more chicken breasts, no more salmon, no more egg whites.’


MoviesOnline: So, what are you eating now?

Rain: Chocolate! I can eat everything.


MoviesOnline: What if there's a sequel?

Rain: Uh oh. I can eat everything; chocolate, hamburgers, pizza, go to McDonalds, Burger King, KFC. It's all in my body.


MoviesOnline: What did you do to train for this film?
Rain: I had to make my body fit like Bruce Lee. I trained for eight months, five days a week, eight hours a day. I just ate chicken breasts and vegetables, sometimes just egg whites. It was horrible and I learned a lot of martial arts; Taekwando, Tai Chi, Kung Fu, Karate, kick boxing with a sword and double swords, Shuriken (throwing stars), the chain is my favorite. I learned a lot. I had so many coaches.


MoviesOnline: How did you learn to work with the chain? Was that hard and did you hurt yourself?

Rain: Yeah. It was hard. When I was doing stunts, I had lots of cuts on my body because of the chain. Even though everybody took care of me, I still got hurt.


MoviesOnline: Did you ever "chain" yourself by accident?

Rain: Yeah. [he demonstrates swinging the chain around his head and getting cut by the knife at the end complete with sound effects]. I cut myself.


MoviesOnline: What was the biggest accident you had with the chain?

Rain: My nose was cut, my face was cut and my body was cut.


MoviesOnline: Were they worried about covering it with make-up?

Rain: Yes. But I didn't need make-up [in the scenes where he is beat up and bleeding]. It was real. Cut, cut, cut!


MoviesOnline: What was the hardest stunt you had to do?

Rain: Actually, the hardest part is foot [using your feet?]. I'm skidding. The hardest was the bathroom sequence and rooftop sequence. Those were amazing and it was hard.


MoviesOnline: Can you talk about working with James McTeigue, your director?

Rain: There's nothing to talk about. He's the best. He is always humble to everybody. Always friendly and, yeah, I love his directing style. I love him and the Wachowskis too.


MoviesOnline: Was he very specific?

Rain: Yeah. I learned a lot from him.


MoviesOnline: Your character has to hold his emotions inside or hide them and you are a very outgoing guy so was that hard for you?

Rain: It's good acting, right? [he laughs]. Before this film, I had a Ninja expression coach so I learned a lot of my inside acting and expression acting from him.


MoviesOnline: You studied that?


MoviesOnline: From other films or an acting coach?


MoviesOnline: Rick Yune was saying you didn't have much time to do anything off set when in Berlin. Is that right?

Rain: I love Berlin but I'm not interested in partying. I wanted to focus on “Ninja Assassin” because this is a big opportunity for me so I did my best. I made it.


MoviesOnline: What did you think when they said you were going to be the star of this big action movie?

Rain: Oh yeah! It's gonna be huge. I'm gonna be a big star! So, I'm ready. It's hard walking in the streets in Asia and here I hope to do the same if people like this movie.


MoviesOnline: You really hope it's the same? That you can't walk the streets here? That people will be chasing you like they are in Asia?

Rain: In America? Yeah, why not? Yeah!


MoviesOnline: At the premiere, people were in the aisles screaming for you. Are you ready for that?


MoviesOnline: What do you have coming up?

Rain: I have three scripts; first one is a big action film, second one is a romance and third one is comedy/action and I haven't decided yet.


MoviesOnline: Are they all in America?

Rain: Yes. Hollywood films. I would definitely like to continue my career in Hollywood, work hard and do my best.


MoviesOnline: Are you planning to make a sequel to this?

Rain: Do a franchise?


MoviesOnline: Would you like to have a more romantic love interest in the film?


MoviesOnline: Who is your dream actress that you would love to have as your leading lady?


MoviesOnline: What crazy fan encounters have you had?

Rain: I went to China a few years ago and this one fan claimed that she had my baby. It was crazy and so scary. [He holds his hands over his head as if holding up a baby] 'I've got your baby! I've got your baby' at the airport. I was horrible.


MoviesOnline: Are you mobbed if you go out when you are home?

Rain: I love my home, just playing games [indicates operating like a Playstation with his hands] and just sleeping. No matter where you go, nothing is better than sleeping. I love sleeping!


MoviesOnline: Could you take on Jackie Chan or Jet Li in one of these movies? You are younger.

Rain: Yeah. I want to work with them. They are my heroes.


MoviesOnline: Would you feel bad about beating them up though if they are your heroes?


MoviesOnline: Are you on a music tour now?

Rain: Yeah. I'm doing a tour. I have a concert in Las Vegas Christmas Day, in Hong Kong this month the 27th and 28th, in Jakarta and Shanghai, Beijing.


MoviesOnline: To support your latest album?

Rain: A new album? I'm preparing my new album. I want to focus on “Ninja Assassin” for now but after this film, I will release [the album] in the U.S. market.


MoviesOnline: Would you want to move to Los Angeles?

Rain: Not yet. I'm so busy with a lot of interviews. I want to go to the beach. There are so many girls!! Woo hoo! [he uses his hands to indicate curvy girls].


MoviesOnline: How demanding is it to go on tour for your music? Is it as demanding as filmmaking for you?

Rain: Between concert making and filming, filming is very similar so I just enjoyed it. It's my job.


MoviesOnline: Did it ever concern you that you might get type-cast as the new hot action guy from doing films like this?

Rain: The Asians have their own broad and unique culture. More people have been interested in the martial arts side of it than others and that's why many Asian actors have been cast that way. But movies are changing in the way people view Asians. We can show you other sides as well; romance, comedy because I'm so young and handsome [big grin] and my body is so sexy so look at me! So, Yeah!


MoviesOnline: Don't eat too many McDonalds hamburgers though.


MoviesOnline: Do you have a girlfriend now?

Rain: I don't have a girlfriend but very soon. I'll go to the California beach after this interview.


MoviesOnline: You have a great sense of humor. Where goes that come from?

Rain: I’m so happy. I’m just enjoying it. Thanks for the interview. I love you guys. Thank you. [he takes off his cute newsboy cap and does a little bow]. 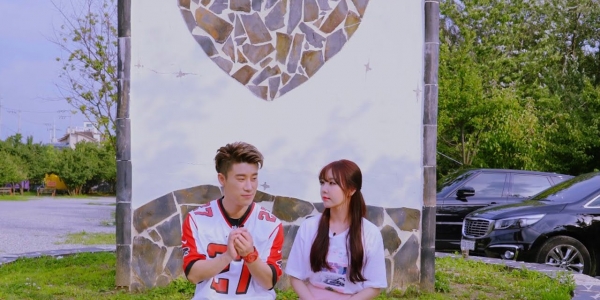 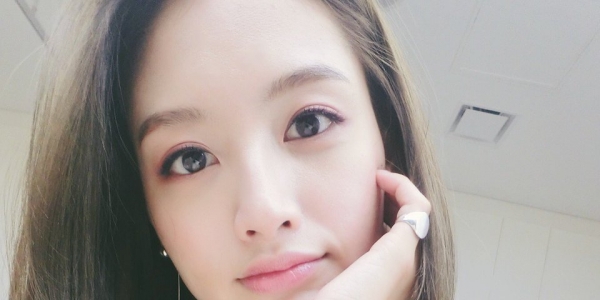 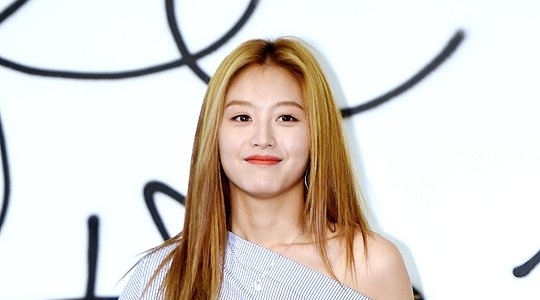 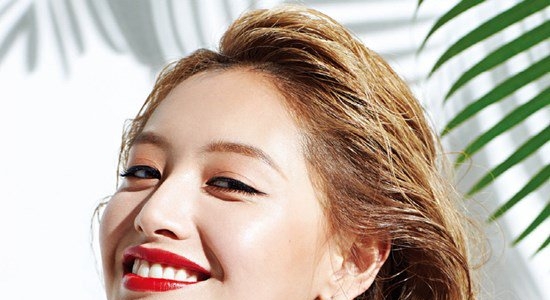 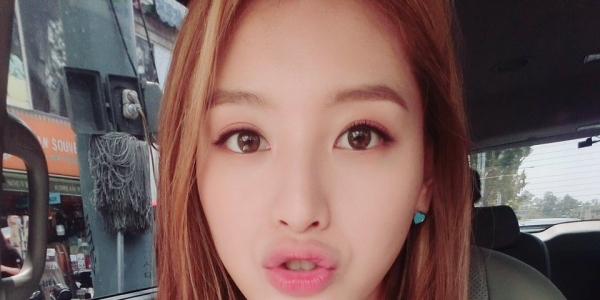