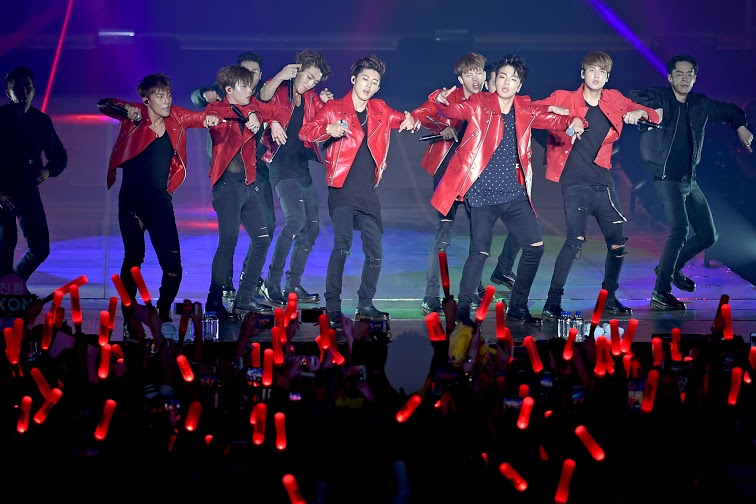 (May 7, 2016, Hong Kong) – iKON, the most anticipated Korean rookie group, conquered AsiaWorld-Expo Arena with their first ever concert in Hong Kong “iKONCERT 2016 [SHOWTIME] TOUR IN HONG KONG”! iKON exerted their fullest energy and passion throughout the concert and delivered a bombastic and powerful performance to all audiences!

iKON attended the Fingercroxx X Sweet Monster Event at Langham Place in early afternoon to launch the brands' first capsule collection. The seven members went on a stage in a flamboyant outfit sponsored by i.t. and they also picked lucky fans who can ask them questions and some can even take photos with them!

All fans and music lovers have been looking forward to the first ever concert of iKON in Hong Kong and they started to fill up AsiaWorld-Expo since early afternoon to show their support to iKON! 550 lucky fans were randomly drawn by JOOX and ELF ASIA to attend the sound check party where they got the opportunity to attend the exclusive rehearsal by the seven members before the show.

Finally iKON kicked off the long-awaited concert with one of their most popular hits “Rhythm Ta”. All the fans were immediately heated up by the strong rhythm and were about to bring the house down! The hyper atmosphere continued with “Dumb & Dumber” and “Sinosijak”, which brought back the precious memories of iKON’s appearance in “MIX & MATCH”! 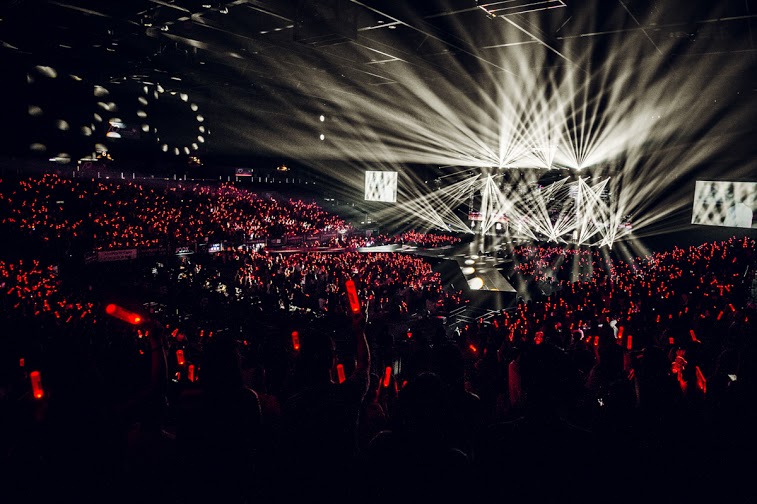 iKON then performed “My Type” and “Today”, where “My Type” was their debut single that topped 8 music charts including Melon, Mnet and NAVER Music, and skyrocketed to the No.1 on iTunes single chart of 7 areas soon after its release. Audiences were all grooving on the relaxing melody of these two songs. Bobby and BI then delivered their special collaboration stages! Bobby first demonstrated his solo charm with “Go”, followed by BI’s “Be I”. The two members have well demonstrated their rapping talent earlier in “SHOW ME THE MONEY 3”, whilst the Hong Kong fans can finally witness their amazing live performance. Bobby then returned to stage and joined hands with BI to perform “Anthem”, which is another fans-favorite of iKON!

The seven members then went on stage together and plunged the audience into their soulful voice with “Apology”. The entire hall of fans were deeply indulged in their emotional performance and chanted the verse loudly. The touching moment continued with “Wait for Me”, one of the most meaningful songs that iKON wrote after the reality survival program “WIN” to express their anticipation on meeting their fans again with the grand debut. All the fans lifted up the banner that stated “Thanks for your debut” to show their love and appreciation for the efforts made by the seven members, and some of the fans even cried for this touching moment. iKON then performed another remarkable song “M.U.P”, which had witnessed the growth of iKON since their debut. The members then ended the emotional session with “I Miss You So Bad” and let their mellow voice echoed in the venue.

iKON then surprised the crowd with BIGBANG’s “BANG BANG BANG”! The seven members adopted the wild rocking style as BIGBANG did in “BANG BANG BANG” MV and delivered a robust dance performance. Another greater surprise came right after this, where JINHWAN brought his solo stage with GFriend’s “Me Gustas Tu” and performed an adorable cute dance with the girl dancers. JINHWAN is commonly known as the “prettiest” member as a girl among the members and this had been further proven through the endless screaming from fans during his solo performance! The other six members also appeared on the stage with mini skirt to join hands with JINHWAN to deliver EXID’s “Up & Down”. The members revealed that they have made a lot of effort in preparing these special stages and tried their best to make the concert a most unforgettable experience to all the Hong Kong fans.

Then a funny video clip was shown as an intro of “What’s Wrong”. The seven members acted as different kinds of boyfriends in the clip, where not only their acting talent had been demonstrated, but the cute and funny side of each member was also perfectly depicted in it! After the performance of “Just Another Boy”, the seven members planned to end the concert with “Climax”, the song written by iKON for the final battle in “WIN”. They touched all the fans with the beautiful lyrics that expressed their feeling on being trainee, as well as the determination to become a successful singer. With all the fans kept cheering from the top of their lungs, iKON finally decided to go back on stage with an impressive encore session!

iKON returned to stage again with “Long Time No See” followed by “Welcome Back”, the best two songs to conclude the feeling of iKON along their debut and filled the concert hall with deafening screams and cheering! Then the signature prelude of “Dumb & Dumber” came up again for the second time of the night and made all the audiences jumping up and down! The seven members ran around every single corner of the stage and showed their sincere gratitude to the fans along the encore session. The concert was then ended with “Rhythm Ta” and shook all the audiences up!

iKON has delivered a spectacular performance to all the audiences in Hong Kong, and “iKONCERT 2016 [SHOWTIME] TOUR IN HONG KONG” was held successfully with the tremendous support from all fans and music lovers.

Although it has only been 8 months since iKON made their debut, they have already held numerous large-scale concerts both locally in Korea and internationally abroad. iKON held their debut concert “SHOWTIME” at the Olympic Gymnastics Arena just a month after their debut, making them the first ever rookie group to hold a large scale concert at the prestige venue. They have then routed to many cities including Fukuoka, Tokyo, Hyogo, Daegu, Busan, Chiba and Osaka to deliver their astonishing performances. Building on the overwhelming success of these concerts, iKON is expanding their Asia tour to meet with more fans globally, which iKON has kicked off their “iKONCERT 2016 [SHOWTIME] TOUR” earlier in Taipei on April 22 and will route to more cities across Asia.

JOOX is the sound check party sponsor. Fingercroxx and Langham Place are the event sponsors. Commercial Radio 2 is the media partner. The event is fully supported by A Bathing Ape, Hong Kong SkyCity Marriott Hotel, AsiaWorld-Expo and Hong Kong Ticketing. 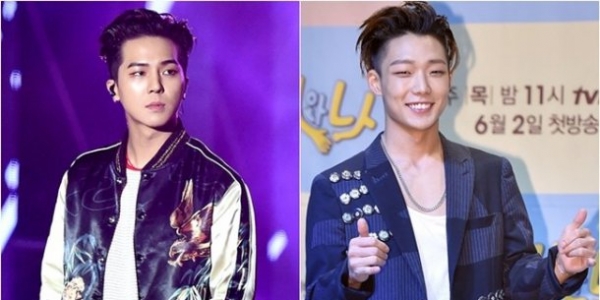 Labelmates Mino and Bobby from Winner and iKON might clash with their incoming solo releases according to latest report.
Read Full
iKON Bobby And His Dad! 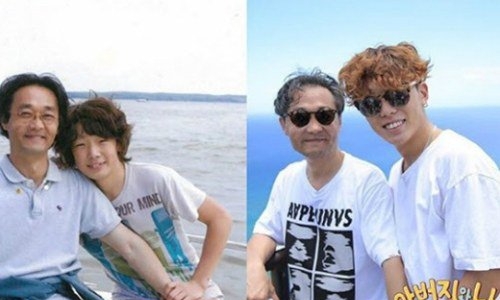 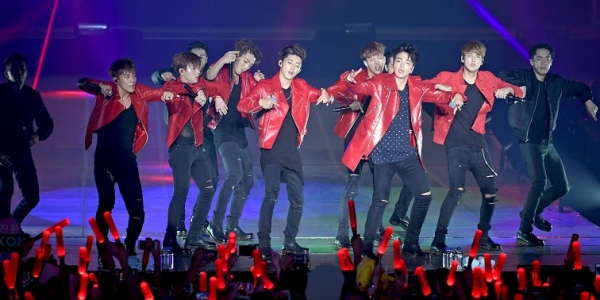 (May 7, 2016, Hong Kong) – iKON, the most anticipated Korean rookie group, conquered AsiaWorld-Expo Arena with their first ever concert in Hong Kong “iKONCERT 2016 [SHOWTIME] TOUR IN HONG KONG”! iKON exerted their fullest energy and passion throughout the concert and delivered a bombastic and powerful performance to all audiences!
Read Full
iKON successfully finishes the first show of their Asia tour in Taipei 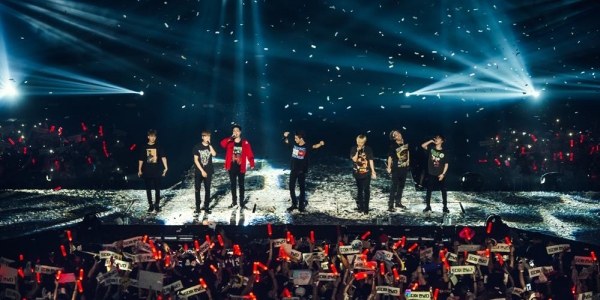 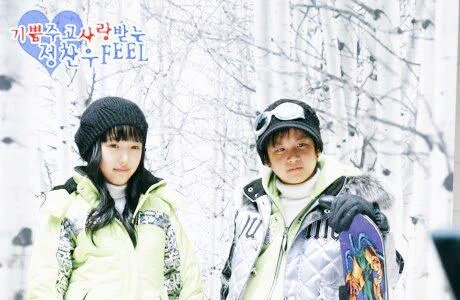 Now that GFriend is in the limelight, member SinB's past photos with iKON's Chanwoo resurface once again.
Read Full
﻿
Copyright © DKPOPNEWS.NET. All rights reserved.