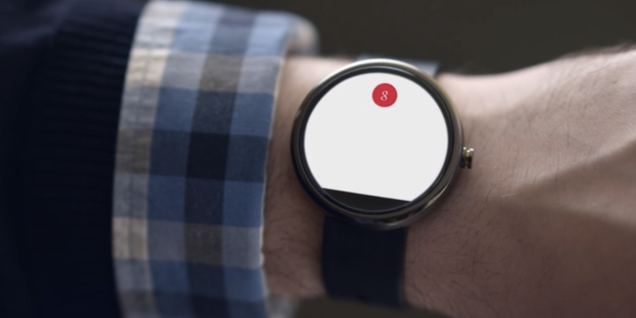 Google announced its first real foray into the frenzy of smartwatches and it may just be the most wearable one. Dubbed Android Wear, it is an Android-powered device, and you're looking at a Google Now watch. So far, LG and Motorola have already announced Android Wear smartwatches.

Google has a teaser trailer for Wear and it's what you'll find with Google Now features. There's voice controls, and more:

Android Wear promises a constant Google-Now sort of stream of relevant information you can opt into with a flick of the wrist. It will be able to tell what traffic is like, scores for a game, and more, all this without even having to ask it.

And since Google already provides this kind of service and does it well, and they know so much about you than any other service, it makes the Android Now smartwatch a desired piece of tech you'll want.

Samsung has tried this already, but they've not been able to make it this pretty. Admittedly, I'm more attracted to how aesthetically pleasing this watch is to my eyes. And it doesn't even matter that Google is late to this game.

According to the announcement, Google's working with Asus, HTC, LG, Motorola and Samsung. Chip makers Broadcom, Imagination, Intel, Mediatek and Qualcomm are also on the project.

For now there's a developer preview for the new OS which guides developers through tailoring their notifications. According to Google's specs, Android Wear should be voice responsive and provide notifications at-a-glance, a bit like Google Now on your wrist.

We should be seeing this on people's wrists real soon.