Many contemporary British workers in the tech industry are constantly looking for new places to move and work, to explore life in a different part of the world. When deciding on this, weather and climate is a huge consideration. This article will list a few up-and-coming tech hubs that offer great employment opportunities in a sunlit setting. 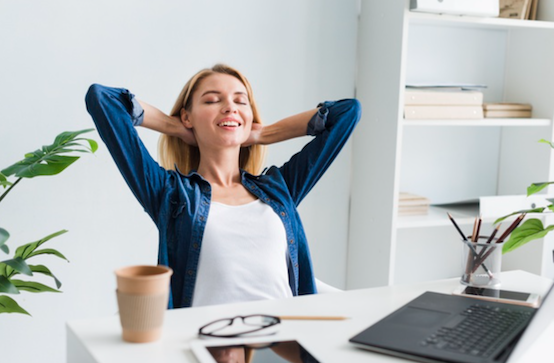 Spain
Spain is one of the go-too settlements for UK citizens looking to experience life absent of rain and dreariness. Or perhaps it’s the tapas. Either way, Spain has a growing collection of cities with tech corporations, including Valencia, Barcelona and, the capital, Madrid. SAP, or Systems Applications and Products in Data Processing, is a particularly strong industry in this country.
According to expert recruiters in this field, Eursap: "The Spanish SAP-market is substantial and growing year-on-year. Spain is also becoming increasingly popular as a location for near-shore SAP support centres for many multinational companies, which is creating further SAP jobs.” They continue by explaining that “SAP is implemented by companies across a range of industries across Spain”. This includes chemicals, pharmaceuticals, public sector, utilities and retail, and the two largest hubs for SAP Jobs are found in Barcelona and Madrid.
Italy
Italy has a history of entrepreneurialism. Think of Giorgio Armani, Michele Ferrero (who gave us Nutella) or Nerio Alessandri of Technogym. With a temperate climate, good food, and an abundance of artistic treasures, the country is a spectacular place to live. The geography of Italy’s start-up scene differs from most countries — where start-ups tend to bunch around big cities, Italian startups are more spread out and found around the country.
But every aspiring tech ecosystem needs a hub and Milan has all the ingredients. Why is this? Apart from the one’s named, there’s the city itself to consider: infrastructure, quality of life, open-minded people, and, of course, the weather. It’s an attractive package for any tech professional looking to switch it up.
Singapore
In Asia, few locations are more thriving for tech than Singapore. The city-state has done much in recent years to lay claim to being one of the tech capitals of Southeast Asia, and is definitely in the running to take that title for the Asian continent as a whole. Successful tech start-ups have also emerged in Singapore across a broad range of industries, from advanced manufacturing to healthcare.
Singapore’s tech status has also received a boost from the ongoing trade war between the United States and China. With uncertainty rooting from the tense trading relations between the two economic heavyweights, Singapore has appeared as a stable location for companies to establish a presence. Start-ups, from not only the US and China but also many other countries, are now investing in new offices in the city-state, which also benefits from a low tax regime and favourable business conditions. Did we also mention that the city is unbelievably beautiful, with an average temperature of 28°C? Because there’s that, too.
Kenya
Over in the African continent, one of the most promising tech landscapes can be found in Kenya. The country has even been named “Silicon Savannah” by some. And the data backs this up. A comprehensive report by Partech on Africa’s tech start-up sector found that Kenya is outperformed only by Nigeria when it comes to equity funding from tech venture-capital firms.
With agriculture being a vital economic sector for Africa, Kenya’s dominance in this area bodes extremely well for their future. The East African nation is home to start-ups using artificial intelligence (AI) to support high-tech methods. These precision farming methods facilitate intricate analysis of satellite-imagery data to project rainfall, drought patterns and more, allowing the  farmers to plan more accurately for the future. When you did your computer science degree, bet you never considered you’d end up working for a farm, right?
South Korea
Like Singapore, South Korea is one of the tech hubs of Asia — and one of the most advanced countries in the world. With the country being an active investor in innovations that improve the quality of life of its citizens, its new-build cities mean tech has been seamlessly integrated into every new building and public installation in the major cities.
One of these cities is Daejeon, located about 90 minutes from the capital, Seoul, and is often referred to as the Silicon Valley of Asia. The city houses tech centres, research facilities, and hubs of mammoth tech corporations including the likes of LG and even Samsung’s massive headquarters. Considering its incredible pedigree, you’d be surprised if most of Daejeon’s 1.5 million inhabitants aren’t tech leaders or in some way involved in science, research, and technology industries. It’s nothing short of a paradise for techies.
﻿
﻿