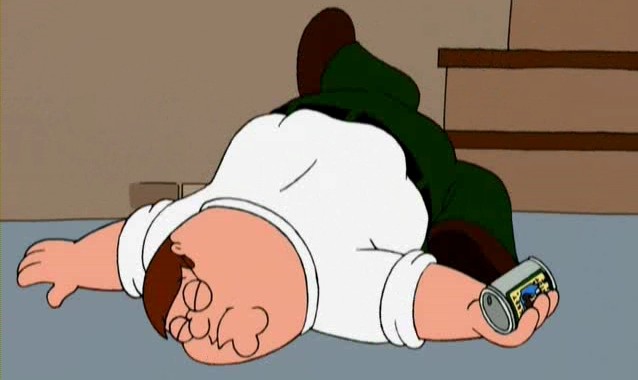 You've heard this one before: Alcohol kills brain cells. No one was wrong about that actually. Pure alcohol does kill brain cells and many other types of cells, but according to a recent research, the amount of alcohol you can consume without killing yourself will not introduce enough alcohol into your bloodstream to kill brain cells.

The study was proven by Grethe Jensen and co in 1993, who counted neurons in matched samples of non-alcoholics and alcoholics. The study found no real difference in density or overall number of neurons between two groups.

But while alcohol doesn't assassinate your brain cells, it does have an effect on the brain and it is both positive and negative.

Drinking moderate amounts of alcohol on a regular basis has been shown to have various positive effects on your body. It helps protect people from cognitive impairment as they age. A study done in Italy by the Catholic University of the Sacred Heart said that 29% of people 65 years or older who almost never drank alcohol throughout their life had mental impairment issues. And only 19% of people 65 years or older who drank moderate amounts of alcohol had mental impairment.

In every group, those who drank moderately on a regular basis throughout their lives always had a diminished chance of becoming mentally impaired in their old age compared to those who didn't drink at all or almost never drank.

Drinking too much may inhibit your brain cells to communicate with one another. Alcohol ends up damaging dendrites, which are the ends of neurons that conduct electrochemical stimulation from another cell to the cell body in question.

But don't worry. You have about 100 billion neurons, which means, an amazing number of connections. And it doesn't have any real last effect. Long time alcoholics who quit drinking copious amounts are able to reverse most of the damage to the dendrites and restore the ability of brain cells to communicate.

The problem comes to people with an extreme habit of excessive drinking, where the side effects aren't so easily fixed. One of of the problems is developing the Wernicke-Korsakoff syndrome, which is characterized by: confusion, coordination problems, hallucinations, memory problems, eye problems, and even inducing a coma or death, if it's left untreated.

An excessive alcohol consumption over a long period of time causes a vitamin B1 deficiency due to the alcohol inhibiting the body's ability to absorb thiamine, which in turn causes neuron death and among other things. While treatable still, certain effects stick around for a period of forever because your body won't be able to repair itself.

Another negative part of excessive drinking is, while you won't kill your brain cells, you won't be able to grow new ones either.

The brain isn't the only organ to worry about. Alcoholism comes with a myriad of other problems. Some of them don't involve what's going on inside your body, but around you - friends, family, relationships, jobs.

Drink responsibly. And in moderation. Definitely not like Peter Griffin.
﻿
﻿