Guess what? You and your dog are pretty similar. But you already sort of knew that already right? Except, now there's scientific evidence to show that they could be just like us - according to brain scans that is.

According to a new study from Eötvös Loránd University in Hungary, dogs have the same kind of brain system for processing voices that humans have. The part of the brain can also interpret emotions in the same way humans do. Which means, dogs are just like us!

The study compared neuroimaging in nonprimate species to a primate species and the researchers put 11 dogs in an MRI machine to watch what happens when they played 200 recordings of both dog and human sounds. Then another group of 22 humans listened to the same recordings while inside the machine. 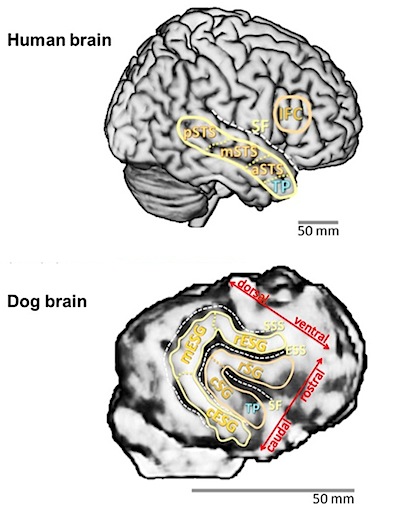 Surprising? Perhaps, but not unexpected. After all, dogs and humans share a common ancestor 100 million years ago.