How Technology is Changing the Logistics Business

Just like all sorts of other different areas of business and life in general, technology is shaping and transforming the world of logistics. With more and more people ordering products direct to their home and people expecting to be able to access items from around the world at the drop of a hat, it is clear that technology plays a big role in keeping everything moving. But, of course, with technology moving at such a rapid rate, don’t expect all the changes to stop here. So, here are some of the ways in which the logistics business continues to be shaped by technology. 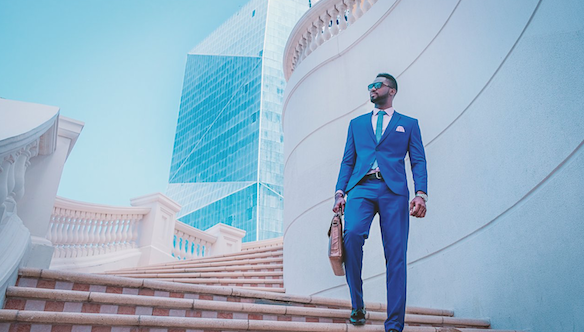 Shipment Tracking Systems
In days gone by, when a shipment was out on the road, there was no real way of finding out exactly where it was located other than calling the driver for a direct update. These days, it is expected that you can find out exactly where your item is located in real-time. Obviously, this has direct advantages for both businesses and individual buyers alike. As well as offering an enhancement to the overall user experience, it can also save the business time and money. This is because customers can check on the progress of their own shipment rather than needing to get in touch with the company directly. From a logistics point of view for people on the job, there is also technology that allows you to check available loads live, rather than needing to call around to find one.
Chatbots
Though many problems can now be solved by checking a customer shipment number, there has also been a revolution in chatbots. This means that customer service teams do not need to be contacted directly, and many questions can instead be answered via an automated system. As you can imagine, this has helped to revolutionise the logistics industry as well – and we are probably still only seeing the early stages of this change. However, in the future, it is inevitable that these chatbots are going to become smarter and will be able to handle a broader range of queries than they ever could before.
Artificial Intelligence
Robots have already entered factory and warehouse environments in a big way – taking away positions that would have previously been held by humans. Obviously, the major advantages of having robots do a human's role is that they do not get tired and do not have to be paid. Not only this, but they also eliminate many errors that humans commonly make. In the future, artificial intelligence will continue to play a major role in industry. For example, driverless vehicles are likely to enter the roads in the near future. Not only this, but it's not inconceivable to think that drones could soon be delivering packages rather than humans. You can expect the logistic giants such as Amazon to be right at the forefront of changes such as this one.
Internet of Things (IoT) and Radio Frequency Identification (RFID)
These are two areas that are worth talking about in tandem. The internet of things (IoT) sees a greater level of connectivity between the web and the robotic items around us. Just think of the items that are now being created with Wi-Fi built into them with the anticipation of people utilising this feature. The opportunities that are coming up are not just in the home world but also in logistics and supply chains in general. Costs and delays can be cut back on by avoiding risk. Sensors are being built into all types of transportation, which not only allow a level of tracking but control as well. Information can be transmitted live to people on the road via telematics integration, which helps them avoid situations like getting stuck in traffic and help prevent accidents on the road from occurring altogether.It is likely that in-transit visibility will be improved, helping to improve the delivery of goods.
As for RFID technology, it is not new and has been in place for several years now. Essentially, it allows businesses to get a better handle on their inventory, which is essential when thinking about logistics. Essentially, a tag is placed on an item, and radio waves are then sent out. The data can be received, processed, and interpreted by the company directly. These are commonly used in a warehouse environment as a way of monitoring containers. There are plenty of other industries that are making the most of this technology – as you would expect.
Enhanced GPS Accuracy
For many people, it feels like GPS has been around for such a long time that it is impossible to imagine life without it. However, it wasn’t all that long ago that we were relying on paper maps. At the moment, GPS is not perfect, but it is improving all the time, and we are inevitably going to see accuracy levels increase even further. Drivers are a lot less likely to become lost and frustrated, which means that supply chains are inevitably going to be improved – along with the number of orders that arrive on time. As GPS improves, this also means that productivity is going to be improved, and the number of satisfied customers.
Social Media
Finally, we could not have an article about technology shaping a particular industry without discussing social media in some way. The platforms that have been created have become among the easiest ways for companies to communicate directly with their customers. Not only this, but businesses can put up urgent information on their pages, as well as engage with industry news and quick responses to frequently asked questions.
If you are involved in the logistics industry in any way, it is inevitable that you will have noticed many of these changes for yourself, and you can expect them to continue to impact your industry in all sorts of different ways in the near future. With this in mind, you should keep your business at the forefront of change to ensure that it both survives and thrives.
﻿
﻿