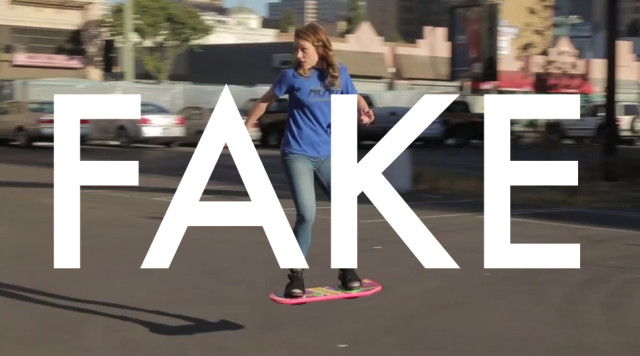 Mark Cuban, Christopher Lloyd, Tony Hawk, Billy Zane, Moby, Terrell Owens, and folks from the band Best Coast are in this commercial for a hoverboard made by a company called HUVr. Unfortunately, it is fake.

Funny or Die is behind the video and the clip shows off a real-life version of Back to The Future II's fictional hoverboard. It features a slew of high flying celebrity endorsers mentioned.

HUVr also released a video featuring actor Billy Zane explaining the technology behind the fake hoverboard. The company's website claims its team consists of "materials science, electricity & magnetism experts who've solved an important part of one of science's mysteries: the key to antigravity."

If only this was real.