When it comes to selling a house, there are multiple things that go behind initiating the process successfully. One cannot simply present an empty house to the clients and expect them to like it and invest in it as well. Atlanta home staging is a major thing that is required to be incorporated in the selling process of real estate. A lot of hard work goes behind the successful selling of a house, especially when the market is already saturated with so many options for the buyers, like in Atlanta. 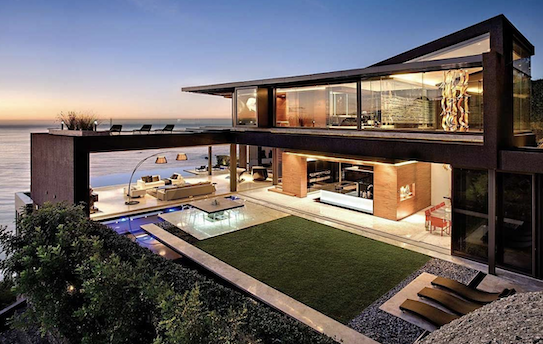 The housing market in Atlanta is a booming area where real estate is considered very worthy of investment. There are multiple reasons why the housing market of Atlanta is flourishing and people desiring to settle there. One of the major reasons is the affordability factor of houses in Atlanta. Previously, houses in Atlanta used to be extremely affordable; this made a lot of people settle there. Affordability increased the desirability of the housing market in Atlanta, and as a result, over the years now quite, unfortunately, the prices that increased to the epitome. Even during 2020, when the coronavirus pandemic hit the world, despite the lack of investments and other factors, the prices of real estate in Atlanta did not fall. In 2021 it is expected to touch the roof. And it is assumed that the price increase in Atlanta might be the highest all across the Nation.
According to surveys and statistics, the prices of houses in Atlanta increased 5.6% in the previous year and is expected to increase again 9.8% more in the next 12 months. According to the data from March 31, 2021, the average rent of a one-bedroom apartment in Atlanta is around $1497 now. This price is literally 4% more than what it was in the previous year.
Two-bedroom apartments are now charged for $1878, which is again 4% more than the previous year's price. A three-bedroom apartment is now charged for %1949, which is 22% more than the previous year's price. This hike is immense but considered an inevitable thing to happen because of the increasing demand for the Atlanta housing market.
Why is the real estate market so desirable in Atlanta?
A reason behind the increasing prices of real estate in Atlanta is its population growth. Atlanta falls under the top five fastest-growing cities in the world. Over 6 million residents are living in the metropolitan area of Atlanta, and it also welcomed around 730000 new residents in the last nine years in the metropolitan area of Atlanta.
The ever-increasing population is creating pressure on the availability of houses in Atlanta. As a result, the demand is also increasing as years are passing. This is giving the sellers a golden opportunity to increase the price and sell the properties as they know the existing demand will never bring a shortage of clients to the market. No matter how much the price is set, someone or the other will eventually settle into investing in the property.
Another major reason why Atlanta is such a preferable place for people to settle is the amazing job market existing there. Atlanta provides innumerable jobs every year to a humongous amount of people, which is why a lot of people settle there with the hope of earning a better livelihood. The job market of Atlanta is fast-growing, and the sectors which are providing the majority of the jobs to people there are the health care sector, professional, technical and scientific sectors as well.
As more and more people are coming down to Atlanta for work, the demand for apartments is also increasing; people are desperately looking for places to live. This demand is facilitating the prices of real estate in Atlanta. Sellers are getting assured that no matter how high the price gets, they will never run out of buyers because people are desperate to get a place to live there.
Livelihood in Atlanta.
The quality of life in Atlanta is undoubtedly great as compared to San Francisco and Manhattan, which is another reason why it is one of the most desirable places to live. Forbes ranked Atlanta one of the best places you can live in The United States of America, especially for growing up as business personnel. The U.S News and World report also stated that Atlanta is an amazing place to retire. Atlanta is an amazing place to live in, especially for people with a technical background due to its flourishing job sector. Living expenses in Atlanta are also quite light on the pockets as well. The living expenses in Atlanta is 60% less when compared to Manhattan and 50% less if compared to the living expenses in San Francisco. This is probably one of the biggest reasons why people are so much interested in settling in Atlanta. Atlanta is capable of providing a better quality of life for a lot fewer prices, which is one of the major forces behind driving people towards Atlanta. And as a result, the renting prices and the real estate prices are sky-rocketing with time as well.
The prices of real estate dropped to a great extent last year when the country’s economy was stagnant. There was a 2.2% decline in the rent of apartments. But the recovery rate of the increment of prices in this year is quite fast as well. Buckhead, Lindbergh, Emory and Midtown were the areas where the prices declined during the pandemic. However, the suburban areas did not see any decline throughout the year.
Due to the high demand, which is also never-ending, the real estate market of Atlanta is a seller's dream. In Atlanta, sellers hardly have to worry about the prices or the sale of their properties. The beneficial aspects of Atlanta and the fast growth of the place makes the real estate market a fruitful business sector.
The most affordable region in Atlanta, which is Grove park offers properties for a median listing price of $229,000. And this is the cheapest one can get there. The most expensive area in Atlanta is Lenox Park, where the median listing price of properties is $819,000.
﻿
﻿