5 ENFP Characters to Fall in Love With 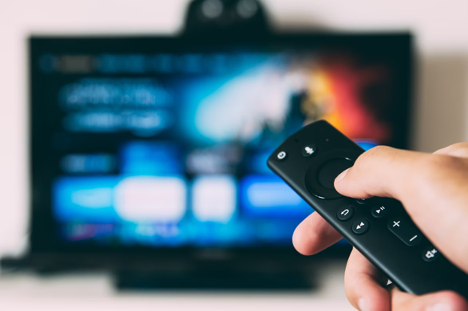 Image source: Unsplash
The Extroverted, Intuitive, Feeling, Perceiving (ENFP) personality type is brimming with charisma and sociability, making them popular characters in fiction and real life. They are enthusiastic, creative, and outgoing people, often nicknamed “The Champion.”
ENFP is one of 16 personality types identified by the Myers-Briggs Type Indicator, a psychological questionnaire developed by Isabel Myers and Katherine Briggs. Myers and Briggs based their theories on existing research by psychologist Carl Jung.
If you look a little closer at movies and TV shows, you’re sure to find an ENFP or two. Could you spot them? Here are five lovable ENFP characters from iconic films and TV shows you may have already seen.
1. Aang (Avatar: The Legend of Aang)
Aang was a 12-year-old air nomad when he received the news that he was the Avatar, the one person supposed to bring balance to a war-torn world.
Shocked and overwhelmed by the news, he goes into hiding for a hundred years until a pair of siblings discover him and help him achieve his destiny.
His ENFP tendencies are evident in his carefree nature. At first, Aang doesn’t seem like much of a leader, mostly preferring to have fun and play around. However, as he grows into his mission, he manages to unite the four nations and accomplish his tasks without compromising his values.
2. Anne Shirley-Cuthbert (Anne of Green Gables, Anne With an E)
Anne, the lovable orphan girl, might live in her imagination at times, but she is very keen on sharing her ideas and changing her world through them.
She is friendly, gregarious, and imaginative. And although she is very passionate about books and her imagination, she never makes it an excuse to miss out on the beauty that real people in her life have to offer. She is always ready to lend an ear and a helping hand to her loved ones and community.
3. Jake Peralta (Brooklyn Nine-Nine)
Jake Peralta is not the severe traditional cop you would encounter and fear. He’s good at his job, but he could be cocky and highly immature, staging games and silly pranks inside the precinct or joking around with his coworkers.
Despite his borderline childish nature, Jake could also be sensitive and reliable. He values his relationships and makes deep connections. He is charismatic, and people enjoy spending time in his presence.
4. Peeta Mellark (The Hunger Games)
Peeta Mellark is a teenage boy from District 12 of Panem, selected to participate in a government-sanctioned fight to the death. More than just fighting and survival skills, one needs charisma and connections to win this gruesome game.
Despite coming across as shy initially, Peeta soon grows into his charisma, befriending people quickly and charming his audiences with his personality and backstory. Simply by being himself, he attracts wealthy sponsors and an adoring audience desperate for him to win.
5. Rapunzel (Tangled)
Rapunzel in Disney’s movie adaptation “Tangled” is an ENFP. Despite living in isolation for most of her life, she isn’t too fearful of strangers and is, in fact, very open to new experiences and making new friends.
She has a mission, and despite being determined to discover her identity, she always makes time to smell the roses. She never fails to experience the joys of life and build meaningful relationships with people around her.
ENFPs are a joy to watch. Their charm and genuine desire for connection are sure to make for some lovable characters and an engaging plot.
﻿
﻿