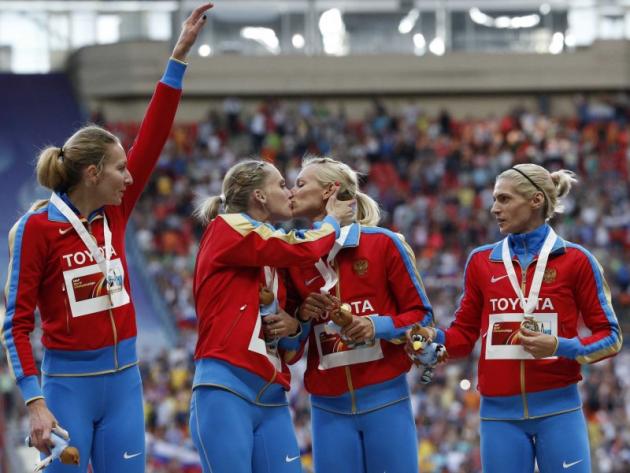 This podium kiss in Moscow is garnering some attention that's being shone on Russia's new homosexuality laws. Runners Kseniya Ryzhova and Tatyana Firova kissed on the podium after they won the 4x400 meter relay at the World Athletics Championships in Moscow.

Sky News sources say that the Russia team camp are downplaying the incident, saying it was simply a celebration and there were no politics involved. But according to Gay Star News, that kiss could see the pair arrested under Russia's controversial new "gay propaganda" laws.
﻿
﻿