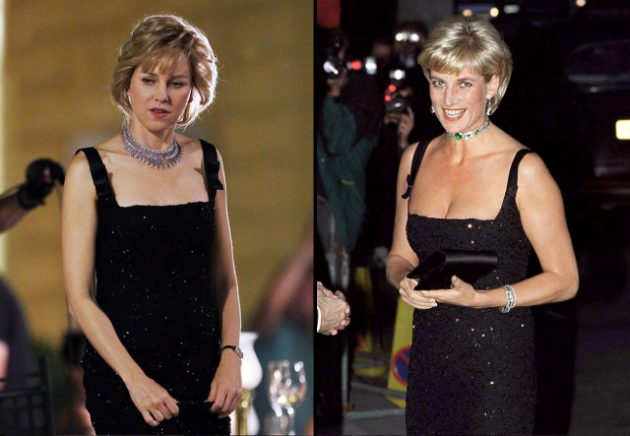 Naomi Watts will be playing Princess Diana in a new film to come soon, but now there seems to be new details about the 1997 car crash that killer her. New information thought to include allegations that Dodi al Fayed and their driver were killed by a member of the British military has been passed to Scotland Yard.

The police has sought to downplay the implications of the report from Sky News, insisting that the new information regarding her death will not mean reopening the investigation or that the assessment from the Operations Paget contribute to further conspiracy theories.

Officers of the Specialist Crime and Operations Command will review information allegedly passed to the police by the parents-in-law of a former British soldier.
The information we're told was passed to Scotland Yard quite recently through the Royal Military Police. It also includes, we understand, references to something known as Diana's diary.

These are very early days, the information has just come in, and Scotland Yard is adamant in saying that this is not a reopening of its investigation from 2004 when it spent three years looking into the circumstances of the Princess' death.

But it is taking the information seriously and it is considering and it is possible that a new investigation may open.
Will there be more conspiracy theories to come soon? You bet.
﻿
﻿