Netflix is The Key To Long Term Relationships According to Survey

Want to have a good and long term relationship? Then you might just have to Netflix together. According to a study released by Netflix, the poll, which was conducted by Ipsos, asked 501 subscribers to Netflix who were in relationships a series of questions to discover more about their behavior. 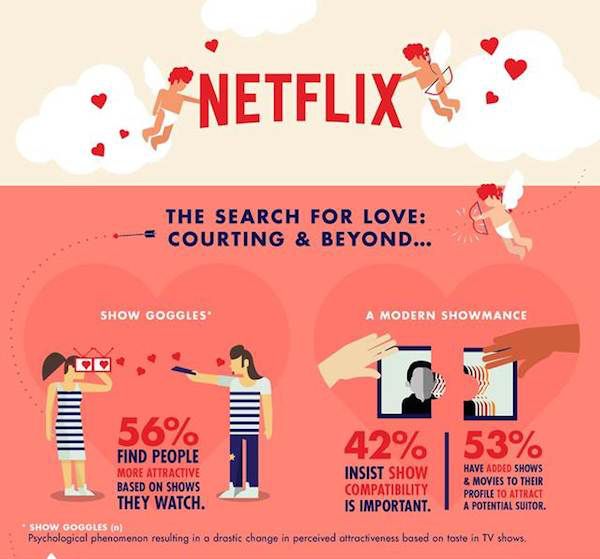 They found that you perceive a potential partner as more attractive because of the shows they watch. 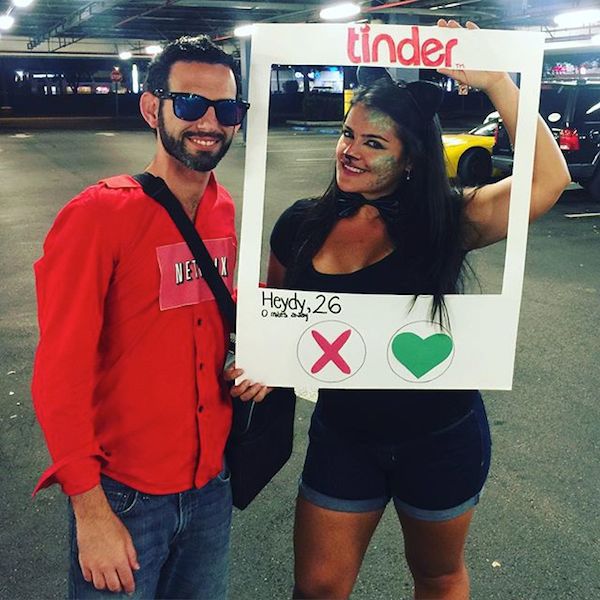 Some have even put up their favorite shows in their profile on Netflix to attract suitors. 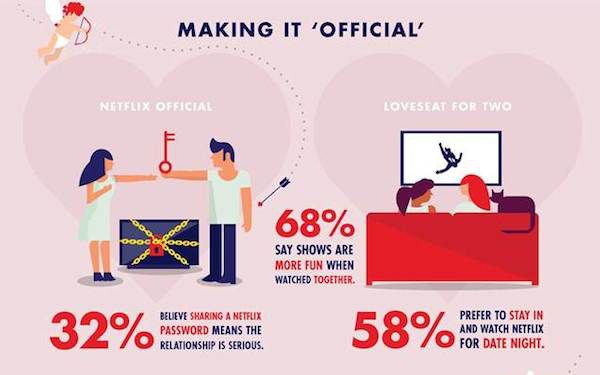 And when you are "Netflix Official,' it means you're in a serious relationship. 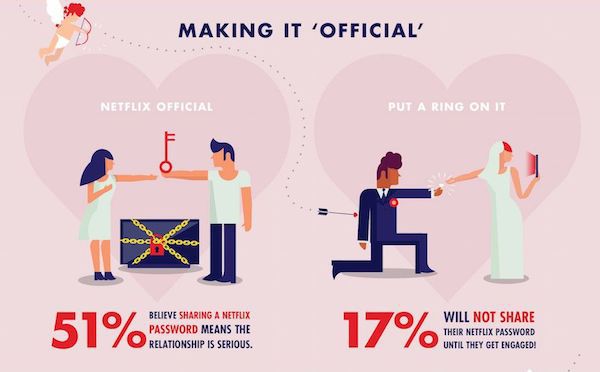 The poll also found that prior to becoming "Netflix Official," some won't even share their Netflix password. 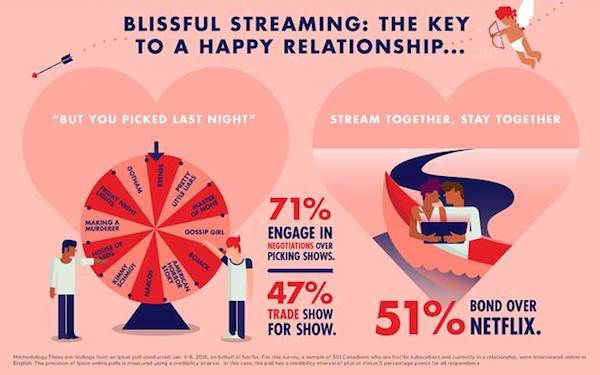