Zoo Tried To Pass Off This Dog As A Lion 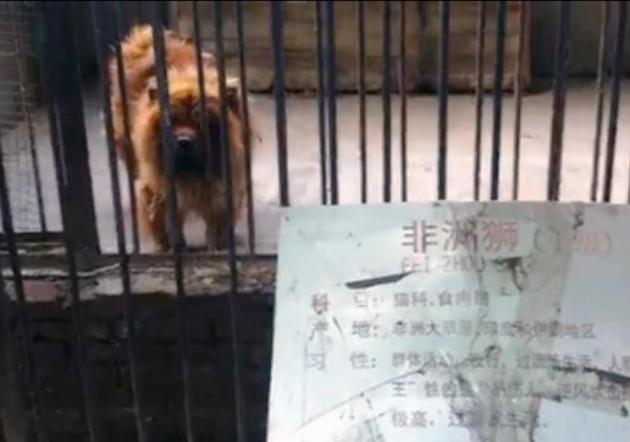 This picture was snapped at a zoo located in the eastern Chinese city of Luohe. Apparently, the zoo keepers were trying to substitute a large Tibetan mastiff for a full-size African lion. Understandably, the visitors were more than a little peeved for paying money to see knockoff animals.

However, the director of the zoo claimed it had a good reason for the switcheroo as the real lion had been sent to a breeding facility. They also claim the employee's dog had been placed in the spare cage after it was taken from its home "over safety concerns."

While the excuse might have been acceptable, the zoo had also apparently tried to pass off another dog as a wolf, a white fox as a leopard, and two coypu rodents as snakes.