Sheryl Sandberg Called Out For Not Paying Interns

For anyone who has ever experienced what an internship is like, basically you're doing all the menial stuff in exchange for "experience," which translates to not getting paid. Sure it can lead to other opportunities, but not many people can afford to work for free in this economy. 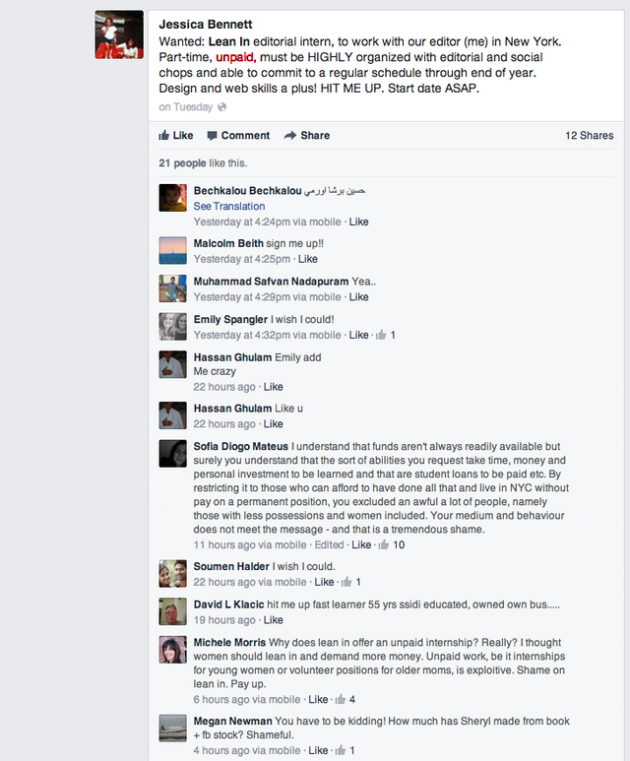 So when this copy of an unpaid job listing hit Facebook, it caused plenty of controversy since it involved Sheryl Sandberg's Lean In Foundation.  In case that name sounds familiar, Sandberg is also the Facebook COO, who managed to rake in $91 million last week. With that kind of money, you would think they'd have more than enough to pay their interns.

The editor-at-large had tried to delete the listing, but not before the unhappy comments rolled in. Bennett has since posted that the job listing was not "official" and that everyone should take a chill pill since other non profit foundations also hire their interns for free.
﻿
﻿