11 Things You Shouldn't Do At a Meeting [VIDEO] 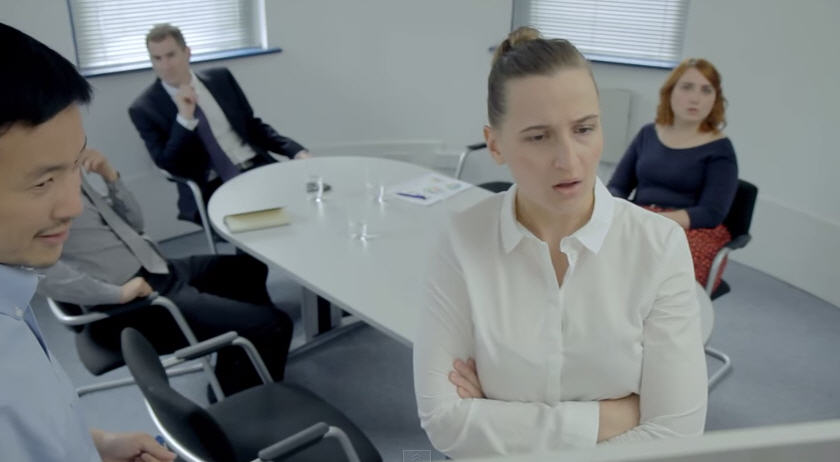 Meetings seem like a waste of time, and can truly be the case if you do not bring value to it. Of course, there are other reasons why meetings can be a waste of time, such as not having a clear objective, inviting irrelevant people to it, or attending the kind that go on forever, etc. We've all been there and done that. But here's some other advice you can take to make the meetings you attend in future be more effective and efficient.

Meeting agendas should be set prior to the meeting. With that, participants can prep for it. The last kind of person you want in a meeting is a mute one.

Meetings that start on time, end on time. That being said, you should never be late to one. Punctuality is key. Being tardy only wastes other people's time. It also shows you have no respect for everyone in it if you show up late.

One key part about conducting a meeting is to take in all the critiques, but also to counter them with suggestions or solutions. Don't just critique something with sweeping statements like:


Sure, these sound like great ways to find flaws in ideas. But if you truly want to add value, you should at least come up with a solution or suggestion. If you don't have one, put it down in the minutes as a resolution item for the next meeting.

Unless you have Mike Ross's memory, we suggest you write them down.

You wouldn't think this would be a problem, but it is. More people in meetings are busy texting away, surfing the web, or just playing around with whatever devices they brought in with them. Listen up during a meeting. Send that text later!


6. Not giving others a chance to speak

The point of a meeting is to gather collective thoughts on a subject. That being said, get everyone's opinion on it, and ask them individually. Single them out and get their opinions. You never know if it is a good one.


7. Putting someone on the spot

A performance review or a confrontation shouldn't be confused with meetings. If you have a problem with someone in the meeting, take it offline. Focus on the agenda instead.


8. Come in with negative vibes

If you are like me, then you've most likely attended your 12th meeting. And it is just Tuesday now. Positivity is infectious, but so is negativity. Don't spoil the mood for others. Try to focus on solving the agenda before you spread those unhappy thoughts around.


9. Forgetting about the meeting entirely

This is a no brainer. If a meeting has been agreed on at a certain date, you should not forget about it. Because a responsible person would have marked this down in their calendar. And if you have the audacity to forget it, do remember that you're not doing yourself any favors by missing it. You're also wasting other people's time.

Ever attended a meeting you didn't really feel you could add value to? Or if there was jargon involved you can't understand? Don't get the wrong people to participate in a meeting. This is truly a waste of everyone's time.

To reduce the lack of no follow up, ensure that the minutes are sent out to each participant with an action plan and date. Follow up on the status prior to the deadline to ensure people are working on them. One of the reasons why meetings are such a waste of time is because there is a lack of follow up, causing delays in the timeline, and the need for more meetings to follow.