Scientific reasoning or evidence-based reasoning can be indicated as the core to the generation of scientific knowledge production. This is the method whereby the evidence is collected and analyzed and connections between the concepts and theories are created.

Scientific research is a concept that has been discussed by a huge number of writers online platforms and websites Science has been so logic to the point that it has utilized the deductive and the inductive logic in testing the various hypotheses that would help it to be objective with the right evidence. The following are the five ways in which student can develop scientific reasoning.

Students should spend at least half of their learning period meeting in small groups and discussing various problems. In some instances, the problems are presented in the form of written documents. Other cases students observe various demonstrations and then conduct an experiment in their small groups, recording the observations.

To develop scientific reasoning it necessary to have an engagement stage which involves learning and orient thinking in a particular direction. By doing so the students becomes aware that there is the term “knowing ”can mean different things and this can make their knowledge rise from something they observed or applied.

This is a method that is used to dig deep into various topics of study in such a way that they are supporting the scientific reasoning. For instance showing students the type of materials or apparatus that can be used in a certain investigation which can lead to a productive conversation about various phenomena they can explore.

This is a technique that is usually used by tutors aimed at students pointing out their findings and shares them publicly. Students who have been investigating a certain topic can present their claims and comprehensive evidence which are later discussed with regard to their merits. When students are developing this technique for the first time, their tutors play a critical role by communicating and developing various expectations for the group members.

This is an important method that must be taught to the students to develop scientific reasoning. Working Hypothesis during research is a way that helps the students understand what they are investigating and help them sufficiently internalize various concepts of the subject. 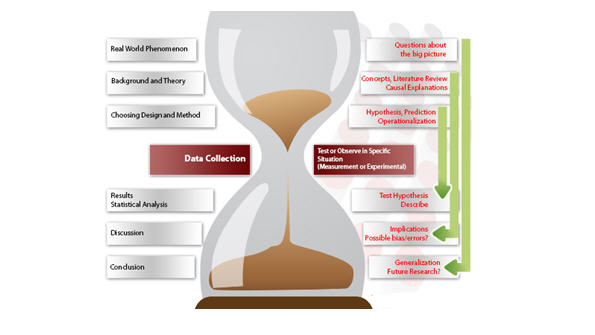 This is how your brain works: