The average South Korean smartphone user downloads 40 apps - the highest number in the world and way above the global average of 25 downloads.

Statista created this chart using data collected from Google's Our Mobile Planet, which ranks the top 10 countries where smartphone users download the most apps. 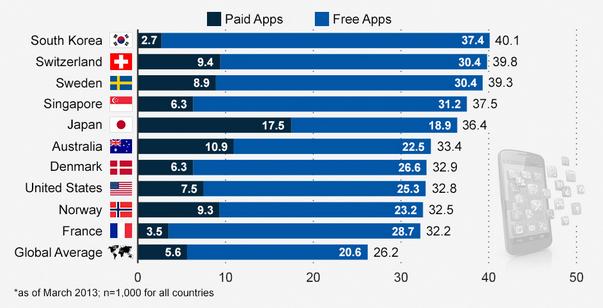