Subarus have a reputation as being durable, reliable vehicles that stand out in bad weather. Unfortunately, they are also known to develop head gasket problems; it's a common service at dealerships. If your Subaru has been showing a sign or two of head gasket problems, or if it has overheated lately, then you should take it to your local subaru service center before the issue gets any worse. 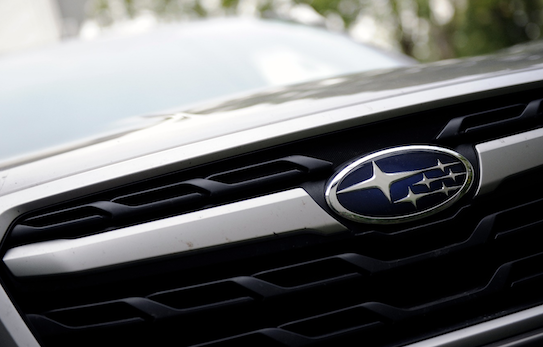 What is the Head Gasket?
The head gasket is responsible for sealing between the engine block and the cylinder head. It is made of steel, and is generally round in shape. In Subaru engines, there are two gaskets because the engine is vertical instead of horizontal, as in other vehicles. The head gasket generally prevents oil, coolant and air from mixing with each other.
How is a Head Gasket Problem Developed?
Your vehicle's engine produces a great deal of heat and pressure. The head gasket keeps both the oil and coolant in their respective passages so neither mix. When the gasket goes bad, this can happen, usually causing the engine to lock up. Sometimes the gasket will blow with no warning, but often it's due to other problems that lead up to it like overheating or a blown radiator hose.
Why A Subaru Head Gasket Might Blow
If you live in an area that regularly experiences hot summers, or if your car is parked outside for long periods of time, there is a chance that heat can build up under the hood. In some cases, this can cause parts of the engine to expand and push against the head gasket. It can also cause engine oil to seep into other components, which can place more pressure on the gasket, leading to a failure.
Subaru Blown Gasket Signs
A blown gasket is a common fault in Subaru engines. When this occurs, coolant and oil leak into the combustion chamber, causing the engine to burn them. This burning will produce white smoke from the exhaust when coolant is leaking into the chamber, or blue smoke when oil is leaking. This can also cause increased consumption of engine oil and coolant, as well as frequent engine overheating problems.
How to Handle a Subaru Blown Gasket
Changing the head gasket on a Subaru can be a very difficult job, but it’s absolutely necessary for the vehicle to run normally again if you’ve been experiencing overheating and leakage from the cooling system. And it is important to have a professional subaru service do this work to ensure that you get your car back in optimal condition.
﻿
﻿