Will Sports Soon Be Exclusive to Streaming Platforms?


Ever since the top streaming platforms like Netflix and Amazon Prime began to significantly eat into the subscription numbers of cable, people have been wondering when a comparative platform for sports streaming would hit the market. While there are many options for streaming various sports online, there is still no cohesive platform that offers streaming of a wide variety of sports at a low cost.
While this option does not yet exist, we are heading in that direction. In the latest NFL broadcasting agreement reached a few weeks ago, Amazon was able to negotiate exclusive rights to all Thursday Night Football games. This agreement is a huge step that positions Amazon to be the potential platform to take sports streaming to the next level.
We are still likely several years out from the point where a streaming platform reaches a level where it comes anywhere near the levels that streaming platforms for scripted content are at now. Even when that does happen, while some sports may move exclusively to streaming, others will likely remain on broadcast television until the last days of that viewing platform.
Broadcast, Not Cable
While acquiring the rights to Thursday Night Football is a vital step for Amazon, if they do plan to be THE sports streaming platform, the NFL is likely to be one of the last professional sports leagues to fully move to streaming. The reason behind this is because the NFL is mostly shown on broadcast television.
While MLB, MLS, the NBA, and the NHL have a significant portion of their games shown on cable, NFL games are almost all available to the public for free. Sports and an older generation largely uninterested in learning how to use new technology are the main reasons that cable hasn't suffered even more significant damage than the rate of subscription loss it has seen these past few years.
As subscription numbers continue to drop for cable and rise for Amazon, if they plan to wrap more sports into their already established streaming platform along with football streaming software, they will soon likely be able to negotiate with leagues that have most of their games on cable, offering the potential for higher viewership.
The fact that Amazon is also an incredibly wealthy company that keeps getting wealthier and these cable networks were incredibly wealthy companies but keep losing value with every dropped subscription will also help Amazon should it come to a bidding war for the broadcasting contracts.
Cable will likely fall long before broadcast television. Broadcast is free to viewers and gets all their money from advertising, so many people who don't want to pay any monthly fees are going to stick with broadcast for all of their television viewings. As long as broadcast television exists, there will likely be some sports that can still be viewed through this option.
Broadcast television will almost surely live on past the fall of cable. However, the rise of free internet may mark the death of this viewing option, but not the concept.
Free Internet
For years there has been a push to provide free internet for all, and that movement gained steam during the pandemic with so many people stuck in their homes and working remotely. Those left without internet during this period were cut off from the world, even more than the rest of us.
The fight for free internet for all is a complicated one, with many parties pulling in different directions. There are always people looking to make money who will fight anything that is free, and unfortunately, internet service is largely a private enterprise with surprising little government oversight. However, it seems quite likely that at some point there will be free internet available to all in one form or another.
If that happens, there will be sites that operate as the current broadcast stations. The networks will still exist, but rather than getting a signal over the airwaves, people will receive these shows through wifi. 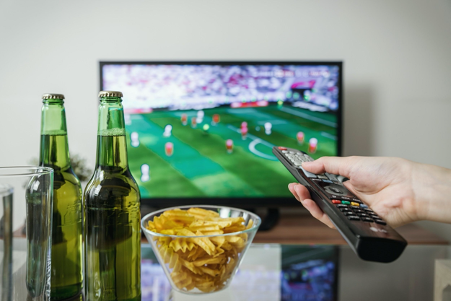