DASH essentials and how to buy in with BTC


Dash was introduced to solve the problems identified with Bitcoin. It is even considered an evolved version of Bitcoin. However, it is not the first coin created with this in mind. 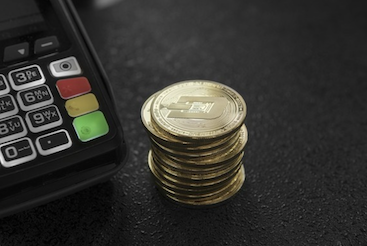 In this article, we’ll look at the operational essentials of both coins, understand their differences, and analyze how close Dash has come to fulfilling its purpose.
Dash and BTC fundamentals
Differences Between Dash And BTC
Where to Exchange Dash to BTC
Final Chord
Dash and BTC fundamentals
Dash
Dash is an open-source coin formed from Bitcoin’s protocol. The primary reason for the coin is to eliminate problems like high transaction fees and privacy issues associated with BTC.
Dash works just like any other crypto, although the presence of Masternodes may be strange to some. You can find out more about this and Dash’s other characteristics below.
Masternodes: These are dedicated servers that regulate the critical functions of Dash. They handle private and fast transactions, administration, and the finance system. A user requires a 1,000 Dash deposit to become a Masternode.
Decentralization: The presence of Masternodes does not mean power is kept in a few hands. There are over 4,900 Masternodes on Dash, and they all have to operate harmoniously within specific frameworks.
Privatesend/Instantsend: Unlike BTC transactions, Dash is deliberate with privacy—for interested users. Anyone who uses Privatesend does not have to worry about anyone knowing his/her wallet address. Instantsend, meanwhile, completes Dash transactions in seconds, unlike BTC that takes up to a few days. There’s an additional charge, though.
Mining Process: Like BTC, Dash uses Proof of Work (PoW). Note here that Masternodes are entitled to 45% of every mined coin as compensation for performing their duties.
Bitcoin
BTC is the first crypto coin ever and is the most popular and costliest. It spreads throughout every node, so there is no need for a central control for operations to be facilitated.
Other features of BTC:
Transactions: BTC transactions are done between users who’ve reached an agreement or on exchange platforms whose exchange rates you agree with.
Keys and Wallets: Bitcoin can be kept in several wallets that are secured with special keys – cold or hot.
Security Problems: The major security concern with BTC is that it can be stolen when purchasing goods on the dark web or when converting cryptocurrencies on Bitcoin exchanges.
Mining Process: BTC uses PoW. It’s a special algorithm that gives miners an opportunity to compete with each other to finish transactions and get paid.
Differences Between Dash and BTC
Transaction Speed
The availability of Instantsend on Dash makes it possible to confirm transactions within seconds, which is an impossibility on BTC.
Fees
Dash costs far less than BTC when it comes to making transactions.
Community and Governance
Changes in both cryptocurrencies are carried out in different ways: in BTC by peer review from leading contributors and in Dash, by voting.
Privacy Features
In Dash, thanks to Privatesend, no one can see your public address or transaction details but they can in BTC technology.
Dash Evolution
Dash Evolution is an upgrade that incorporates digital currency with your social life. Think of Facebook and PayPal in one app. You can easily send currency to anyone who’s your friend on Evolution.
Where to Exchange Dash to BTC
You can exchange Dash to BTC, or vice versa, on Godex.io in only a few minutes.
Final Chord
Dash was developed to clean up the BTC “blemishes.” It addresses the issue of lack of privacy and harsh transaction fees.
Dash’s differences make it a good upgrade of BTC; Godex.io is an ideal platform to exchange these coins on.
﻿
﻿