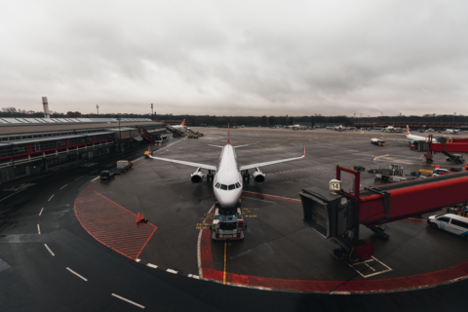 ZeroAvia, the world’s leading hydrogen-electric powertrain company, has expanded its fleet of aircraft as it enters its next phase of research and development.
The company, based in the United Kingdom and the United States, has also raised an additional $13 million in funding for large-engine development projects.
The moves come as ZeroAvia starts work on building new hydrogen-electric powertrains, this time for 19-seat aircraft. That work will take place at the company’s newest facility in Kemble, U.K., with support from its location in Hollister, California.
A leader in developing new aircraft that will decarbonize and transform regional commercial air travel, ZeroAvia has secured planes that were previously in service in both countries providing regional services. Aurigny in the U.K. and AMC Aviation in the U.S. provided the planes.
A New Phase for Powertrain Development
The research-and-development project is part of ZeroAvia’s HyFlyer II, the company’s second project supported by the U.K. government. The aim is to develop hydrogen fuel cell powertrains as part of widespread aims to reduce emissions and provide quieter, less expensive air travel for passengers and cargo.
In HyFlyer I, ZeroAvia showcased a 250kW powertrain in three flight tests aboard six-seat aircraft. Those initial tests achieved all of the company’s technical goals, including a cruise flight powered only by fuel cells. The company fully expects to apply what it learned during HyFlyer I as part of the 600kW HyFlyer II project.
Executives for the involved companies were enthusiastic about the new venture.
“We are eager and ready to begin testing our hydrogen-electric powertrain technology on a larger commercial-size aircraft and grateful to our investors and grant funders for their continued support of our vision for sustainable aviation,” said Val Miftakhov, ZeroAvia’s founder and CEO. “Hydrogen is the only practical solution for true climate-neutral flight, and it will become a commercial reality much sooner than many predict.”
Miftakhov noted that projections estimate that aviation may account for more than 25 percent of human-induced climate change impacts by 2050. To reverse that trend, he believes, air travel will need to change, with the help of ZeroAvia’s successful six-seater tests, its current 19-seater project, and its eventual work on aircraft with 50 or more seats.
“As air travel begins to increase again, political and public pressure is mounting to incorporate more sustainable technology. ZeroAvia’s 19-seat initiative will not only seek to decarbonize existing regional services but also expand the reach of regional aviation by ultimately reducing seat mile cost, making smaller planes competitive with larger aircraft,” said Nico Bezuidenhout, CEO of Aurigny. “In turn, smaller airports will become more accessible for aviation service, increasing traveller convenience, and the corresponding demand for point-to-point regional air travel.”
Innovative Powertrain Development on Two Continents
Here’s how the project will work. The company will replace the aircraft’s twin engines in the 19-seat aircraft with two 60kW units from ZeroAvia’s hydrogen-electric powertrain and hydrogen fuel tanks that will hold 100 kilograms of compressed gaseous hydrogen. That structure will support 500-mile flights, and the company projects that it will be operational commercially in 2024.
In addition, ZeroAvia is developing critical components, including hardware, software, and mechanical integration necessary for operational success. The company will also develop fuel cell balance-of-plant to the certifiable state for the 6-ton aircraft that has a range of 500 nautical miles.
The company’s new 30,000-square-foot facility in Kemble will be the dedicated base of operations for developing the 600kW engine class and is a significant expansion of its U.K. R&D program. The company’s California location will help the U.K. team with testing and will build the second aircraft, designed to launch commercialization of the emerging technology in North America.
ZeroAvia Secures Additional Funding
ZeroAvia has also announced a new round of funding for the development of its 50-plus-seat engine development work. The additional $13 million is from AP Ventures, which invests regularly in emergent technologies across the hydrogen value chain. Other investors include Alumni Ventures Group, Agartha Fund LP, and SGH Capital. The new investors join existing funders — Amazon’s Climate Pledge Fund, Breakthrough Energy Ventures, Horizons Ventures, Shell Ventures, Summa Equity, and SYSTEMIQ. The $13 million is in addition to an earlier announced $24 million investment in the company, bringing the total private investment to $37 million in the company’s large-engine development.
“We are delighted to welcome ZeroAvia to our existing portfolio of hydrogen-related technologies. We have been impressed with the progress that ZeroAvia has made over the last 24 months — technically, operationally, and commercially,” said Kevin Eggers, a partner at AP Ventures. “Furthermore, we have become increasingly confident about the significant role of hydrogen in decarbonizing aviation. We believe that ZeroAvia will pioneer the development of hydrogen-electric powertrains for the aviation space.”
In addition to the new project and funding, ZeroAvia has added several new leaders to its team. They include:
● Dr. Youcef Abdelli, chief technical officer of propulsion and formerly the head of electrical systems and power electronics at magniX and principal electrical and propulsion system chief engineer for Amazon Prime Air.
● Sir Tim Anderson, regulatory and safety advisor and a former senior Royal Air Force officer, inaugural director-general of the U.K. Military Aviation Authority, chief operating officer of Flybe Group, and chairman of the U.K. Airspace Change Organising Group Steering Committee.
● Kenneth Braithwaite, a board observer and former U.S. Secretary of the Navy, retired U.S. Navy admiral, and senior advisor to Summa Equity and Silicon Valley Bank.
About ZeroAvia
Founded in 2017, ZeroAvia is building hydrogen-fueled powertrain technology to transform air travel and reduce emissions. It expects to begin selling commercial products by 2024. The company employs about 50 people and expects to employ more than 100 in the next 12 months across its two locations.
In recent months, ZeroAvia has been recognized as:
● The Winner of a Fast Company 2021 World Changing Ideas Awards in the transportation category.
● A 2021 Technology Pioneer by the World Economic Forum.
﻿
﻿