The Significance of Sound Money 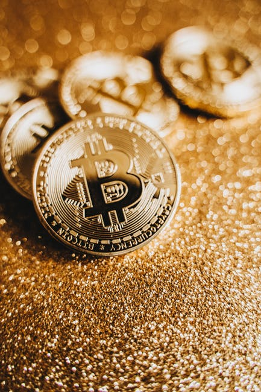 Bitcoin
Sound money can be defined as a stamp of authenticity of a prosperous society.
You see, fraudulent money enslaves and impoverishes societies, and even history bears witness to the fact that this kind of money rips apart communities following blood-soaked wars.
As it turns out, sound money will impose fiscal discipline in the government and impede imprudent warfare and reckless federal spending. What’s more, sound money also provides us with a stable store of value, a unit of account, and a medium of exchange for businesses, entrepreneurs, and individuals.
Background
Whenever the Federal Reserve deflated or inflated money supplies, there was no net benefit to the respective society whatsoever. Naturally, the key to financial prosperity doesn’t rely on endlessly running printing presses, as is the case in Zimbabwe.
You see, it completely defies the logic of America’s prosperity increasing if each American deflated their money supply by setting a $100 bill on fire.
Deflation and inflation are both simple methods of redistributing wealth. It is very clearly visible how inflation can benefit debtors and hurt the savers on a fixed income, such as many retirees. Conversely, it just so happens that deflation hurts debtors and benefits savers.
Still, there is no relevant net gain here. This is largely due to the burden of $12 trillion in debt and the American government always depends on inflation to get rid of insolvency. The inflation that is created by newly-printed money then redistributes over to purchasing power from government bureaucrats and American people, the recipients of foreign aid, military-industrial complexes, bailouts from corporations such as Goldman Sachs, GM, and AIG.
These particular groups are then allowed to use them differently, such as creating more jobs, paying higher wages, providing an economic advantage to the society, and leveraging or investing money in different times or places.
What is Sound Money?
There have been numerous iterations of sound money throughout history, from the gold standard to the Rai Stones from Yap Islands. However, sound money, to this day, remains an elusive concept following its proliferation from the credit expansion of the central banking fractional reserve’s policies which had led to endemic inflation.
According to the Austrian School of Economics, sound money has been touted as one of the necessary prerequisites for prosperous societies and stable price mechanisms in free-market economies.
Eminent figures such as Carl Menger, Ludwig von Mises, and FA Hayek had detailed root causes of the ‘boom and bust’ cycles of the economy as extended inflationary policies which came to dominate the direction of the government since the 1930s.
FA Hayek had also gone so far as to presciently describe new kinds of currencies which would break free from the government’s autocratic control in 1984 as the only possible means of getting good sound money ever again. Certainly, it seems many thinkers had great beliefs in this idea.
Since this time, Bitcoin has managed to emerge as not only the most unique kind of sound money but maybe even the most difficult currency created, and one that was created for the digital age. Its decentralized structure is truly something that hasn’t been witnessed before.
Accurately understanding sound money is crucial if you want to understand the fundamental benefits of Bitcoin and why all of these novelties are so difficult to comprehend or accept after prolonged periods of fiat global dominance.
Still, as a side note, if you ever get the chance to read a book called The Bitcoin Standard that was written by Saifedean Ammous, we would highly recommend getting your information there. It wouldn’t matter what the background of your question is since this book will provide you with all the important context about sound money and where does Bitcoin fit into this world.
Historically, Gold Was Sound Money
If you really think about it, gold is perhaps the most well-established form of sound money which has ever existed since its value is virtually accepted by all civilized economies that existed ever since the Roman Empire in one way or another.
The gold standard offers us a very stable mechanism for price for international trade to work without any incessant need of competing devaluation of the normalized currencies prevalent today (such as the U.S. and China).
Without sound money, consumer prices, people’s savings, and even the overall direction of the economy are going to be at the mercy of entities that control the supply of money, which in today's day and age, is the government. Naturally, this puts too much power in the hands of a small proportion of people and leaves the system open to exploitation.
Does Stable Money Work?
Economies with stable money will still see panics, recessions, and deflation despite their stable regimes for money. Now, all of their citizens are being instructed that if they want to prevent deflation, they will have to risk increasing debt and threatening massive levels of inflation since their money supply will have expanded.
However, deflation isn’t meant to be possible if you were in a stable money regime. This notion that your market will create deflation but your government entities will not is a major reason behind advocates of stable money winning the original argument. If this notion isn’t true, then many original arguments for stable money aren’t really carrying much weight.
Your Lifestyle: Powered by Gold & Silver
Would you like to power your lifestyle with gold and silver? Well, the good folks at www.7kmetals.com could make saving for your future a very easy task. All you need to do is visit their website and select one of the three unique monthly options available. After that, all you need to do is sit back and just watch your stash grow as we ship some of the best collectibles and valuable coins to your doorstep on a monthly basis.
To Build A Solid Weekly Income With Gold and Silver
Click Here
https://multipleavenuesofincome.com/
﻿
﻿