2D Animation And Its Use In Modern World


Animated videos have a huge impact on the viewers and With the rise of video content, more and more industries are using animated videos for promotion. A recent survey shows that animated videos increase conversion rates by 20%. 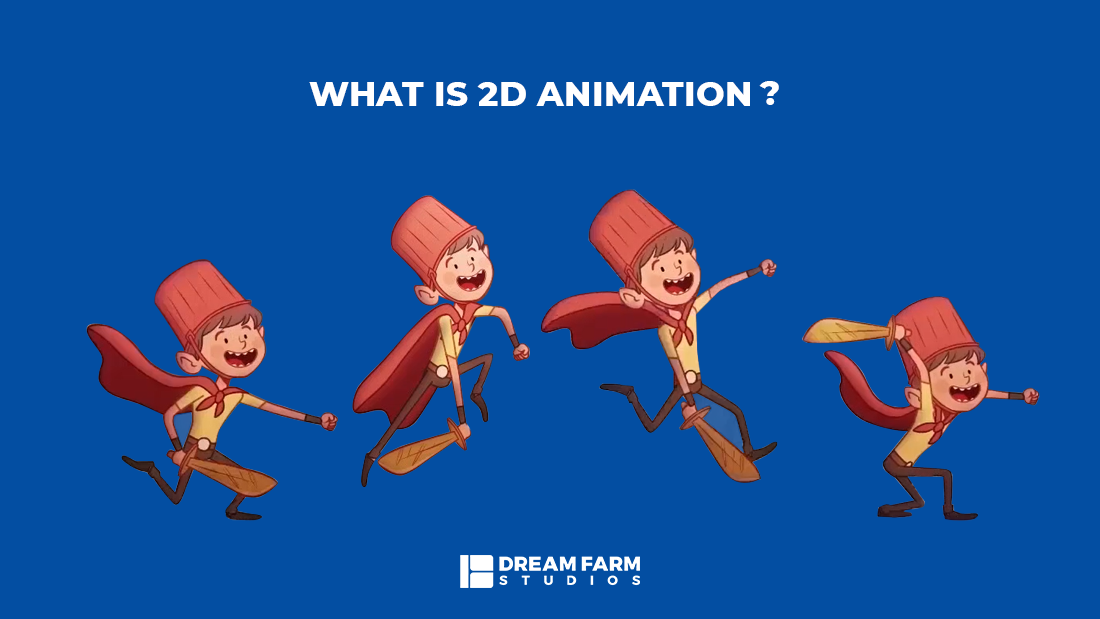 Although the industries have been moving towards 3D Animations more year by year, 2D Animation is still keeping its place and featuring in a variety of places including applications where low bandwidth is required.
Before we go into detail about 2D, let us take a quick overview of what animation is.
What is Animation
Animation can be defined, as the process of designing, drawing, making layouts, and preparation of gaming design. It is simply a process of bringing images to life.
There are five main types of Animation-
● Traditional Animation
● 2D Animation
● 3D Animation
● Motion Graphics
● Stop Motion
In this article, we only discuss 2D in depth. So, without any further delay, let us dive into the world of 2D Animation.
2D Animation
We all are obsessed with the stories as we are fascinated by the colorful pictures of the character. Animations help us to fantasize about our dreams. Now technology has developed enough to create more creative stories on the widescreen in the form of Animations.
2D Animation is mainly a process of making a video by making more than 100 drawings of the same thing but with very subtle changes (not very noticeable) like a person is taking one footstep or eating food (such as opening and closing of mouth). Then, these drawings display in very rapid succession (typically 24 frames per second). These successions give the illusion that the numerous still images form a complete, fluid Animation.
In 1908, for the first time, 2D Animations were used by Eusemile Cohl in a short cartoon. 2D Animations were initially known as Fantasmagorie, which is black and white Animation. The Cartoon starts with Emile drawing a simple stick man in live-action use of 2D Animation. In the 1960s, 2D Animation strayed on the TV screen from Theaters.
At CG Spectrum, many Animation learners learn Animation with the use of Toon Boom Harmony software. 'It is a wonderful animation software' says Mike Wiesmeier, who used Harmony when he worked on F is for Family. You can do everything in it besides editing like Rough Animation, coloring, effects, etc. You can animate sparks in the air and then make them glow. It is a node system. So, it is visually clean and clear what you are building with the help of Toon boom harmony software.
2D software
For converting hundreds of the same pictures into Animation, we have to use software that makes our work easier. With the help of various Animation software, you can read animated 2d characters much better in clarity. There are a lot of types of 2D Animation software out there. Some of the famous ones are listed below -
● Toon Boom Harmony
● Toon Boom Storyboard Pro
● Adobe After Effects
● Adobe Photoshop
● Flash
● Encore
Future Scope Of 2D Animation
With the rise of television in 1960 use of 2D Animations is increased to fill the new medium. Since the 19th century, the craze of Animation very high till now. So, if you are an Animation lover or want to learn about different types of Animations, there are many Animation courses available. We have listed Some of the best 2D Animation courses that help you to be an excellent 2D animator-
1. Beginning 2D Animation: The Absolute Beginner’s Entry with Jeff Mumm.
2. Cinematography for 2D Animation Essentials.
3. 2D Animation in Moho from Basic to Advanced.
4. The Complete Spine Game Rigging & Animation Course.
5. 2D Animation for Beginners by Animation Mentor.
6. Creating a 2D Animated Character for Unity By Shane Whelan.
Modern use of 2D Animation
1. In Business
We have seen that many startups want to present themself in a video format rather than explaining the boring text. Nowadays, startups and Solopreneurs are widely using 2D Animations as these are easy to understand. These 2D animations also help startups to present and explain their products better. 2D Animations are more helpful and budget-friendly for young entrepreneurs.
2. Entertainment
Generally, kids love 2D animated videos and cartoons more compared to 3D animated. Because kids find them easy and simple and enjoyable. 2D Animations are used so the viewers would not need to focus on too much background action and details. Many content creators on Youtube use 2D Animation to attract viewers, especially kids.
3. Advertisement
Low Budget production is another area of 2D Animation where animated characters are used to play different characters. Here low technology is low, which is budget-friendly and attractive. Compared to 2D Animation, 3D Animations are more costly and require good knowledge of technology and skills.
4. Educational Institutions
Nowadays, 2D Animation is widely used in education, whether it's an educational channel or Smart classes in schools. Animations help visualize the concepts. Many educators do not feel comfortable in live Classes. So, they take the help of Animations, through conceptual clarity happens. 2D Animations had made learning simple and easy compared to live classes which were often tiresome. Hence, children lose interest in them. So, 2D Animations are boon for modern educational institutions.
5. Industries
2D Animations are beneficial in the advertising industry because they have a high impact on the viewers. The cost of marketing through animated videos is far cheaper than those of others. The best thing about animated videos is the same common language for all people. Advertisements through pamphlets and speeches are often dull. These advertisements draw more viewers and make them interested in buying a particular product through animated videos.
Conclusion:
2D Animations are present on our mobile phones, television, cinemas, street everywhere. Daily we interact with them apart from the uses and benefits of 2D Animations. There are many career options available in this like; Animator, Rigging Artist, 2D Animator, Video editor, etc.
﻿
﻿