Bali: Beats of Paradise is a feature film that is a magical journey to the heart of Bali's rich artistry. The film is an impressive revelation of modern ethnomusicology featuring Grammy Award Winning Artist Judith Hill and Indonesian composer Nyoman Wenten. After its world premiere at the Academy of Motion Picture Arts and Sciences Samuel Goldwyn Theater in Beverly Hills and theatrical runs in both North America and Asia, Bali: Beats of Paradise, is finally available on major streaming platforms in North America starting June 29, 2021. 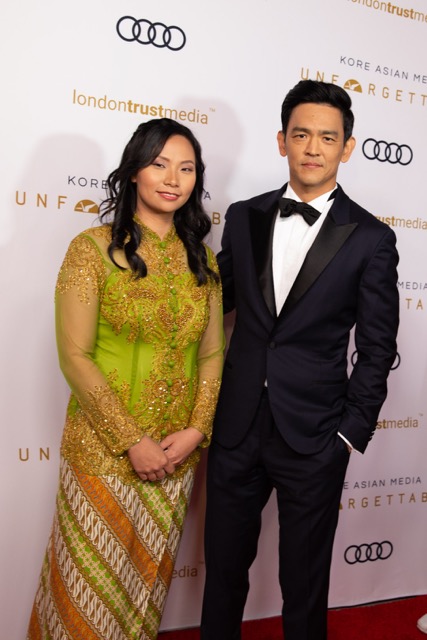 The producer and director of this film, Livi Zheng, received a lot of recognition and awards including the prestigious “Cultural Ambassador Award” from The Unforgettable Gala in 2018. The Unforgettable Gala is the longest running Asian American award show in the entertainment industry.
There is a dual effect of an award show like the Unforgettable Gala. While the initial intent is to recognize extraordinary work in the entertainment industry, this Hollywood event also illuminates the presence and impact of the Asian community across a wide spectrum that includes film, television, music, journalism, sports, and social media. The 2018 Unforgettable Gala highlighted this fact as well as the diversity within the community itself. Indonesian producer and director Livi Zheng received the Cultural Ambassador Award for her continuing excellence in exposing America and the world to her homeland and its people through her work. Her reception places her in a remarkable lineage of those whom have been recognized at the Unforgettable Gala, including luminaries such as Sandra Oh (Grey’s Anatomy); Constance Wu (of Crazy Rich Asians and Fresh Off the Boat); Golden Globe Award nominee Awkwafina; Ken Jeong (of The Hangover series, The Masked Singer, Community); John Cho (Star Trek, Harold & Kumar, and Searching); Pulitzer Prize-winning journalist Jose Antonio Vargas; Emmy Award-winning anchorwoman of Good Morning America, Juju Chang; K- Pop singer and rapper, PSY; and others. 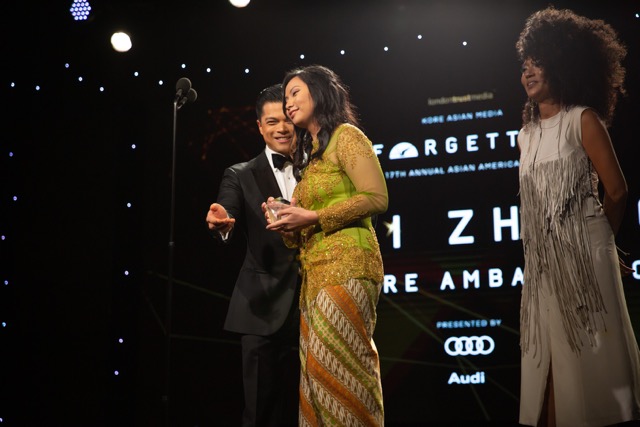 Zheng’s work ranges from Sci-Fi Action films like Insight, to the martial arts infused Brush with Danger, to music documentary Bali: Beats of Paradise, featuring Grammy Award Winning singer Judith Hill. While her productions offer fascinating storytelling, they are always infused with the common element of Indonesian characters and culture mingling with other parts of the world. This facet has not only resulted in an original voice for Zheng but equally progressed the awareness of the diverse and rich offerings of Indonesia. Presented with the “Culture Ambassador Award” at the 2018 Unforgettable Gala, Zheng remarks, “Indonesia is a beautiful country, and also a popular destination but much of it is still a hidden gem. I personally try to imbue my experiences to my productions. Half of my life experience happens to come from living in Indonesia so I feel very happy to be able to show a part of where I come from to the audiences here in the United States. I feel that this bridges cultures together because even when cultures are different, the human experience is the same. I want to show that there are different things that are exciting in the world but at the same time show that we aren’t that different as humans.”
As a country which has always espoused its embrace of differing peoples and characteristics, America is increasingly aware of the contributions of those from Asia and the surrounding area. Like America itself, the term “Asian” is a general title for a wide variety of ethnicities. The arts have always provided a path of understanding and relating the experiences of others. Perhaps more than any other artist from her country, Zheng has carved out an avenue for the rest of the world to experience Indonesia through the eyes of those who live there. When asked what her recognition at the Unforgettable Gala means to her, Zheng comments, “I feel very honored to be amongst distinguished filmmakers and actors from the same community as I am. It feels good that we are all promoting our identity and culture to the public. Entertainment is something that can bring people together and using this medium that we all love makes me feel a sense of camaraderie.”
﻿
﻿