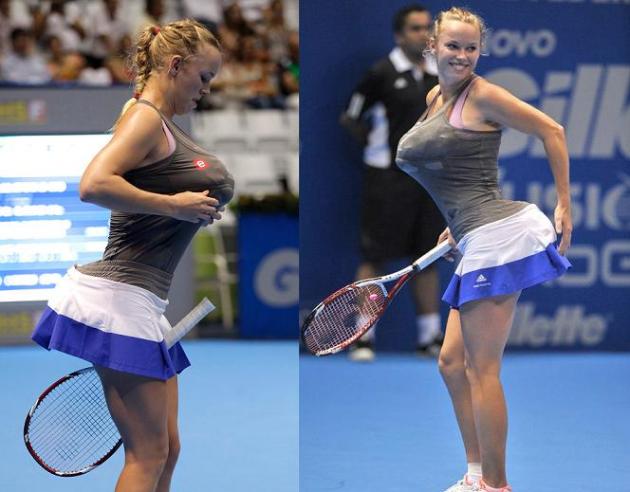 According to reports, tennis player Caroline Wozniacki has been criticized for poking fun at Serena Williams by imitating her in an exhibition match against Maria Sharapova. Here's the clip of the match:


Wozniacki was seen stuffing both her chest and shorts with padding before prancing out onto the court mid-game (luckily for her, Serena wasn't there). But despite the stunt, she still ended up losing. Maybe if she imitated Serena's actual tennis, she'd win a little more often.

And apparently, this isn't even the first time Wozniacki has poked fun at Serena's body. She did the same last year while dancing out onto the court to a Rihanna song. So is Wozniacki being racist or does she honestly think it's nothing but a little harmless fun?
﻿
﻿