Why Have Sex Doll Sales Skyrocketed? 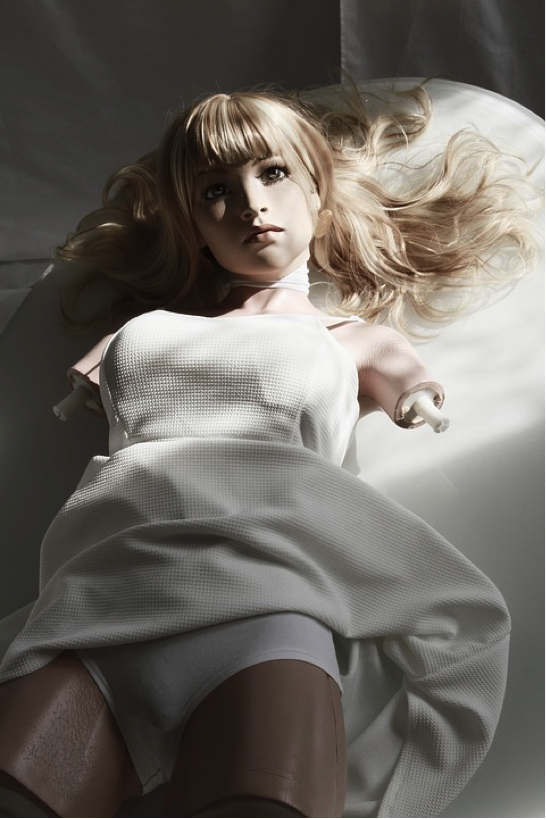 Some argue it’s all down to new technology. Others say it’s because of a fractured society. We take apart the sex doll craze piece by piece.
There are many theories on why sex doll sales have gone through the roof in recent decades. And who’s to say which one’s correct? Well, the experts at Make Money Adult Content (MMAC) have weighed in, and here’s what they say about the latest sex doll craze.
“At best, it’s all just speculation,” says a spokesperson from the site that specializes in understanding all of our naughty little predilections. “While there are many different factors that are reported as to why people are buying sex dolls, really the only thing that’s concrete is that they are buying sex dolls.”
It’s definitely not contested that sex dolls are being snapped up all over the world, at a surprising rate compared to previous years. Experts like MMAC, as well as sex doll sellers, and the fetish community all have their say about why these fools are more popular than ever before, but two main conclusions continue to surface regularly. Making these communities split on just why exactly these silicone beauties are in such high demand.
Societal Norms and Pressures
Society is changing. From the way we speak to how we interact with one another. Change is definitely something that is inevitable, ticking past us each year, making this century far different from the ones before. However, there seems to be an undercurrent that no one was expecting.
With the advent of the internet, the world saw a way to connect. Making it smaller and more accessible to everyone in it. Easily talk with friends across oceans, order goods from far off lands. See many cultures and interact like never before. Despite all of these wonderful things coming to pass, something else happened. Something that wasn’t quite accounted for.
Discussions became polar. The world began to fragment in such a way that it felt bigger and more lonely than ever before. It’s become dangerous in some ways. Sex dolls have essentially answered each and every one of the emotional pleas of modern-day society.
They provide non-judge mental companionship when finding love can seem tiresome and difficult. They offer a safer alternative to wanton sexual escapades, as things like super-gonorrhoea are on the rise. They offer a conduit for sexual expression that can sometimes be dangerous in and of itself. As only a handful of countries view LGBTQ+ communities with any respect. In many, these sexual orientations may be illegal, making sex dolls an ideal alternative to the dangers that plague these communities.
Sex dolls are also making a splash in countries with extreme gender gaps. Providing options when there really aren’t any. The use of sex toys, whether they be dolls or dildos, are also becoming more commonplace and understood the world over. Making them easier to obtain.
Better Technology and Dolls
While societal pressures and changes are definitely contributing to the number of dolls that are being purchased, others firmly believe that this pump in sales is owed to the dolls themselves. Doll technology and materials have come a long way from the flimsy blowup versions of the past. While those options still definitely exist, real enthusiasts will tell you just how amazing the sex doll market is today.
Based on design alone, dolls are not only dominating the adult product market but creating entirely new markets at the same time. Gearing dolls toward buyers that, until now, didn’t exist. Heterosexual women, younger people, and LGBTQ communities are now being directly marketed to through the creation of dolls that suit their individual preferences.
Outside of their many new different structures, the dolls themselves are being imbued with all sorts of new and innovative technologies. Such as heaters, artificial intelligence, and materials that make them seem more lifelike. The amount of personalization that can be imbued into the appearance and function is incredible.
From tattoos and piercings to more functional customizations like facial expressions and body hair. Making these dolls not only more enticing to a wide range of buyers but also more interesting as collectables.
Here’s Looking at you, Doll
Regardless of what it is that is making these sex dolls so sought after, the fact is they are being created to suit a wider audience. Making the dolls a staple in the world of adult paraphernalia. The dolls themselves aren’t just being bought by solo owners anymore either. With more lifelike representations, better quality merchandise, and more durable materials, the dolls are also being purchased in bulk.
Sex doll brothels are now an up and coming attraction in many well known red-light districts across the world, which may offer a safer and more affordable alternative to traditional sex work. “Whatever it is these dolls are being used for, makers have definitely shown that they’re here to stay.” Says MMAC. So what’s to be expected of the future of sex dolls? Only time, and desire will tell.
﻿
﻿