Bacteria Is Everywhere, And Here's Why You Shouldn't Worry

You've likely heard plenty of claims about gross (and possibly dangerous) bacteria hiding in every corner of your house. But according to this list by Fitness Magazine, there's really nothing to worry about. The list looks at a number of germ and bacteria myths, and reveals which ones really have any major impact on your life. 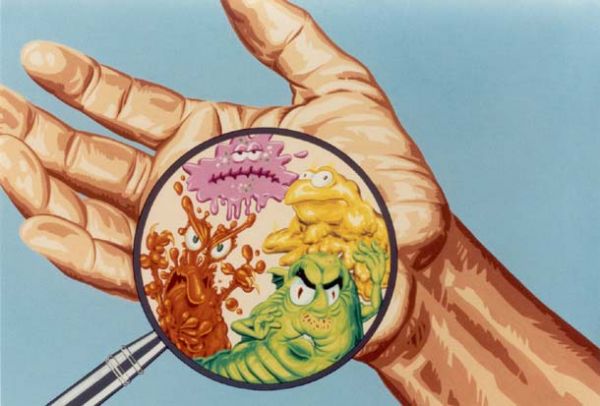 One example is the commonly held belief that placing your toothbrush near a toilet is a bad idea, since your toilet sprays your toothbrush with bacteria every time you flush it. But according to the list, it's really not all as gross and dangerous as it might sound:
Microorganisms are ejected when you flush the toilet and land all over the bathroom, even if you close the lid, according to research by Gerba. But you probably won't get sick from this. "When the toothbrush dries, most of the organisms will die anyway," says Gerba. Just keep your toothbrush as far away from the toilet as possible, or put it in the medicine cabinet, he says. If someone in the house is ill and using the same bathroom as you are, her germs could be spread this way.
The simple solution: don't flush your toilet right before you brush your teeth and always wash your toothbrush before you use it (which probably do already). Check out the full post over at Fitness Magazine.
﻿
﻿